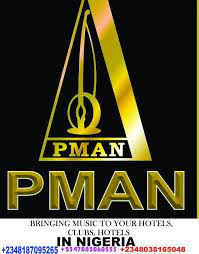 THE Performing Musicians Association of Nigeria (PMAN) in Oyo State says peaceful elections could be achieved in Nigeria through adoption of electronic voting system.

Its Governor, Taiwo Omotunde, made the assertions on Sunday while briefing newsmen on the outcomes of the association’s election held at the Nigeria Union of Journalists (NUJ) Press Centre in Iyaganku, Ibadan.

The News Agency of Nigeria (NAN) reports that Omotunde, the Chief Executive Officer of Eternal Beats Band, was returned unopposed through an electronic voting system adopted by the association.

NAN reports that he was returned unopposed with other members of his executive, except the position of Social Secretary, which was contested and won by Abosede Adeleke.

He recommended the electronic voting system to INEC and other associations in the country.

According to him, the system guarantees conduct of fair, transparent and violence-free election.

Omotunde said the electronic voting system would allow the will of the people to prevail in the choices of who becomes their leader.

The juju music maestro recalled how his first election as Governor of PMAN in the state was characterised by stalemate, violence and irregularities.

Omotunde expressed satisfaction at the voting system, which he said, allowed members to vote across the country and abroad.

“I became the PMAN Governor in 2018 through a very difficult election.

“The election was postponed for six months due to stalemate and violence. The election almost caused us our goodwill before the public.

“When I became the Governor, I promised my people that the next election would be transparent, fair and violent-free.

“We spent too much on the election, which also caused division among our members.

“So, I decided we will have electronic voting system that will guarantee smooth accreditation and voting exercise.

“Today, you can see that the process was free, fair and transparent,’’ he said.

In his acceptance speech, he promised to further the existing peace in the association, while engaging international communities on cultural exchange programmes.

Omotunde promised to ensure that the health insurance scheme and welfare of members were further improved upon in the next four years.

Earlier, Oluwaseye Oni, the Chairman, PMAN Electoral Committee, said that they were able to achieve success from the adoption of electronic voting system.

Oni said that the process was a success in spite of the challenges faced in aligning members to the new technology.

“It wasn’t an easy decision, but thank God, it went smoothly. The system guaranteed voting from anywhere across the world with the use of android phones.

“This system promotes trust. We ensure the system allows for physical voting. Many who came today have seen the process and it will guarantee trust in the next election,’’ he said.

Oni thanked the immediate past executive members of the association for giving their maximum support which ensured the conduct of free, fair, transparent and violence-free election. (NAN)