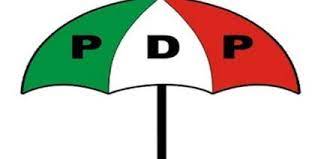 A political group, Atiku Abubakar South-West Assembly, has pleaded with aggrieved members of the Peoples Democratic Party (PDP) to unite and forge a common front ahead of the 2023 general elections.

Sen. Felix Ogunwale, the South-West Chairman of the group, made the plea at the 2023 Summit held on Thursday in Ibadan.

The News Agency of Nigeria (NAN) reports that the summit entitled: “Atiku/Okowa 2023- The South-West Perspective” was organised by Atiku Abubakar South-West Assembly.

Ogunwale urged aggrieved members to settle their political differences and unite ahead of the elections.

He said, “as the 2023 presidential elections was fast approaching, it is important to close ranks for victory with common effort and purpose.”

According to him, though, there are agitations within the party, the party has capacity to resolve it.

Ogunwale said that Atiku has capacity to unify Nigerians in spite of the various challenges currently bedeviling the nation.

He said that PDP would meet the yearnings, as well as aspirations of Nigerians, regardless of ethnicity and religion.

According to him, the purpose of this programme is to set agenda to effectively articulate the interests of South-West within the context of prevailing political and economic realities in the nation.

“To register our commitment to the Atiku/Okowa 2023 project by delivering votes to the PDP candidates, we remained resolute and determined to the cause,” he said.

Also, Mr Oladimeji Fabiyi, the Director of all Atiku Support Groups, said the group was a body that had been working for Atiku since 2015 for promoting and projecting his candidature.

Fabiyi, who spoke on behalf of Atiku Abubakar, the party Presidential candidate, said
the meeting was an avenue to rally the people, supporters and stakeholders for the party.

“We want to consolidate the recent meeting with stakeholders of the party in the South-West so as to find lasting solution to lingering crisis in the party,” he said.

Fabiyi, while thanking all the support groups, said they were the pillars that Atiku relied on for his emergence in the forthcoming elections.(NAN)