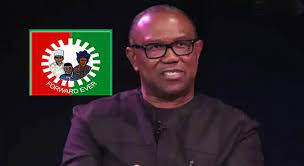 WITH Presidential and National Assembly elections slated for February 25, 2023, Nigeria’s political arena is heating up as the nation enters the last lap of election campaigns. The stakes are high, both for the candidates and the nation. The presidential candidates are combatants primed for the final showdown. Three major candidates have emerged from a crowded field of 16 – Bola Ahmed Tinubu of the All Progressive Party ( APC ) , Atiku Abubakar of the People’s Democratic Party ( PDP ) and Peter Obi of the Labour Party. Rabiu Kwakwanso of the New Nigeria People’s Party (NNPP ) has turned out just a add on, his efforts at being of reckoning having no significant impact. He must be wondering how a former governor of a major state like Kano and a former minister has become a yawn in this presidential contest.

On the contrary, the presidential candidate of Labour Party, Mr. Peter Obi, has become a phenomenon in Nigeria’s presidential election campaign, a sort of discovery. From the undercard, he has transformed into top billing among the presidential candidates. He is now ranked among the top three contenders, an incredible leap within an eight month period, while many polls now even accord him the front runner status. However, front runner status can be a tough burden , accompanied sometime with unrealistic expectations of the front runner and which can induce counter-productive complacency. It can be a banana peel that Obi must avoid stepping on, lest he falters. So, for him, front runner status is more of a challenge that demands a punishing schedule of grassroots mobilisation such that the status does not become a fluke.

The burden of the front runner manifested in the 1988 American presidential election cycle when Senator Bob Dole, U.S. Senate Majority Leader, suffered irreversible political eclipse as a result of apparent complacency induced by the front runner status accorded him by the media and the opinion polls after he thrashed incumbent Vice -President George H. W. Bush in the opening rounds of the Republican Presidential primaries. In fact, TIME magazine had a resplendent Senator Bob Dole on its cover:

Dole on the Roll. However, an unfazed, undaunted Bush had doggedly carried the campaign to the doorsteps of Republican constituents in states in the next round of primaries, making incremental gains. Bush eventually wiped out Dole in the Super Tuesday primaries when several states simultaneously held their primaries. That is the burden of the front runner status for the unwary, as Dole rolled into political irrelevance, thereafter.

A second example, also in the United States, was the 2016 American presidential election which pitted Democratic candidate, Hillary Clinton, a former U.S. Secretary of State and wife of former American president, Bill Clinton, against billionaire businessman, Donald Trump of the Republican Party. All the polls gave victory to Hillary and all the major American media, including the CNN, New York Times and Washington Post endorsed Hillary. Hillary Clinton started acting magisterialy on the campaign stump, believing, or rather induced by the polls and endorsements into believing, that election day was to be the coronation of the first female president of the United States !!!   But election day turned out Knock-out day for Hillary as combative Trump romped to victory and into the White House on coronation day on January 20, 2017 !! So much for polls and media endorsements of Hillary Clinton, as she sulks into political nightfall. Trump’s victory was a shock to the world, already sold, induced and misled by the media on the inevitability of a Hillary Clinton victory.

These instances serve as a cautionary note to the Obi/Datti Ticket that much work is required in the last lap of this presidential election contest to make the polls a self-fulfilling prophesy, in the Nigerian context. It is this POssibility, as coined by the Peter Obi campaign, stemming from the surge of support for an Obi mandate, that is giving the jitters to Nigeria’s political landlords in the APC and the PDP.

Before the Obi/Datti Mass Movement, the presidential contest was to be a straight battle between Alhaji Ahmed Bola Tinubu of the ruling APC and Alhaji Atiku Abubakar of the PDP, each of who claim front runner status. Atiku, as a former Vice -President, claims leadership experience at the federal level as his advantage while Tinubu claims that his transformation of Lagos State to a Centre of Excellence, a feat to be replicated at the federal level, gives him a leg up. They both have formidable war chests and command structures – in terms of state governments controlled by the two parties and legislators elected on their party platforms. They project Labour Party as non starter for lacking control of any state government and elected legislators. However, Labour Party counters by stating that it has Mass followers to make up for its deficit in structures. Prof. Pat Utomi says Labour Party has metamorphosed into a ‘ Movement of the People ‘ , poised to birth a revolution in Nigerian politics by upturning the applecart of the rapacious political oligarchy of the APC and PDP that has held the nation down.

However, in spite of the bravado and gung-ho posture of both Alhaji Tinubu and Alhaji Atiku, both carry heavy personal baggage and negative perceptions among the people which won’t go away despite strenuous efforts by their propagandists. Atiku has a corruption-tainted public perception as acquiring wealth by stealth, cornering the common wealth at the federal level during his tenure as Vice-President while Tinubu, his co-traveller, is similarly seen as appropriating Lagos State resources for the past 23 years to create a stupendous personal wealth. Atiku battles a notion of him as a serial presidential election loser making a doomed last stand while Tinubu, the ‘Emilokan’ exponent’s bulldog courage to snatch the APC presidential ticket is seen headed to grief on the whiff of reef. There is the notion of him as drug -tainted. He disputes the label. But the poser is : How can someone forfeit a whooping $460,000 in connection to drug trafficking investigations in the United States and want to convince people that it is no big deal ? So, there are those who feel that mere contemplation of having a Capo – The Godfather – in Aso Rock is scary. Atiku and Tinubu, therefore, carry a heavy load of baggage. So far, no serious baggage has been established against Peter Obi. For ‘ Emilokan’, it should be troubling that President Muhammadu Buhari had to be literally blackmailed into publicly campaigning for Tinubu, his party’s presidential candidate.

Now, given the fluid state of the presidential election contest, particularly among the three top contenders, the Nyesom Wike-led Group of Five Governors – The G-5 – as popularly known, may become a decisive factor in the presidential election outcome. Governor Wike (PDP) of Rivers state has managed to corral four other PDP governors – Okezie Ikpeazu of Abia state, Samuel Ortom of Benue state, Ifeanyi Ugwuayi of Enugu state and Seyi Makinde of Oyo state to protest the emergence of Atiku Abubakar as the presidential candidate of the PDP in breach of the understanding that the presidential ticket be zoned to the south. Atiku had defeated Wike to clinch the PDP ticket.

Dr. Iyorchia Ayu of Benue state has remained as party chairman against arrangement that the party chairman and presidential candidate cannot be from the same zone, and apparently to rub it in, governor Aminu Tambuwal of Sokoto state was appointed the Director-General of the PDP Presidential Campaign Council, concentrating the top three  party positions in the north. This apparent winner-takes-all stance is seen not only as being insensitive to Nigeria’s political pluralism, but as a reflection of the immobilist, avaricious political and economic  greed in Atiku’s DNA. This stance is dismissive of the G-5. But the reality is that Atiku and the PDP are hurting, in fact bleeding, and if the political hearmorhage inflicted by the G-5 persists, it is sunset for Atiku’s political odyssey.

The G-5 ‘s insinuated romance with the APC  may amount to seeking straws to hold . Tinubu’s men in the APC PCC had pompously indicated that the G-5 governors were seeking refuge under the party. This reflects the bloated arrogance of Tinubu as a Hurricane on its unstoppable blitz to the Presidency – the invincibility, inevitability of the ‘Emilokan’ Doctrine !!!

Given this scenario, the five PDP governors seem to be in a quandary. Going back to support Atiku’s presidential bid will project them as chicken hearts, fickle-minded charlatans, not averse to going back to their vomit while aligning with Tinubu will confirm their status as displaced persons – political refugees – being magnanimously accommodated by Tinubu.

So, if PDP Presidential candidate, Atiku, and APC’s Tinubu  are not lolfeasible, credible options for G-5 governors’ support, the only option left for them is to align with Peter Obi’s presidential bid where their impact can decisively swing the pendulum of the presidential election in favour of the Labour Party candidate, affirm the G-5 electoral value and earn recognition as a strategic factor in bringing about a political revolution in Nigeria.

*** Dr. Bisi Olawunmi, a Mass Communication scholar and Public Affairs Analyst, is a former Washington Correspondent of the News Agency of Nigeria.