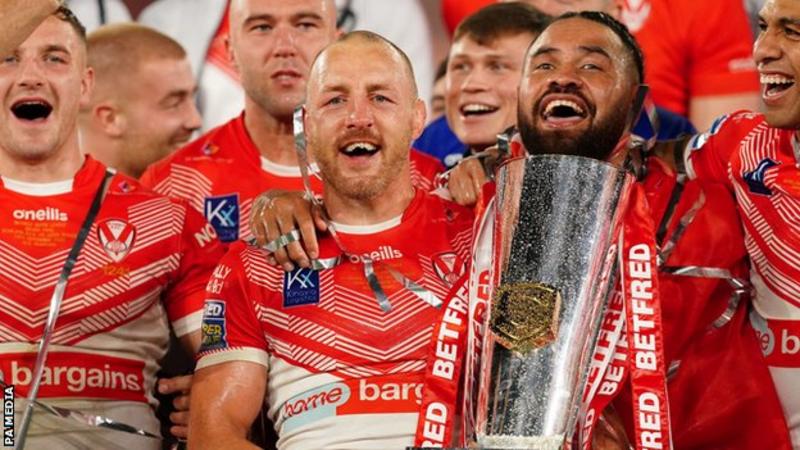 RELEGATION would be scrapped for ‘Category A’ Super League clubs under proposals made by sports management company IMG after the sport’s “most comprehensive consultation ever”.

Rugby league’s strategic partner has proposed that top-flight clubs meet on and off-field criteria to be guaranteed their place in the league.

Among the other proposals is a joined-up calendar with international matches.

There is also a push for a strategy to boost the women’s and girls’ games.

Not all of the clubs involved in Super League would necessarily be Category A graded, with highest-ranked Category B clubs making up the division.

Those clubs’ performance, in terms of on-field and off-field criteria, would be monitored on a yearly basis to decide which clubs made up the elite Super League, as it is presently known.

The remaining clubs would fill the second and third tier divisions, currently the Championship and League One – with clubs continuing to move between those leagues.

Rugby league and a form of licencing is no new concept, with Super League handing out three-year licences to clubs in 2009 before a period of reapplication, lasting until the 2015 season – when promotion and relegation returned.

The number of overseas clubs, such as French sides Catalans Dragons and Toulouse – who were both in the 2022 Super League – would also be capped under the plans, and standards imposed to support growth domestically.

Clubs will have chance to provide feedback on the proposals at a meeting on 13 October.

Other recommendations by IMG include:

‘Recognition of need for significant changes’ – what key stakeholders said

“This is a significant day in terms of setting out a new path for the sport.

“It is very much a direction of travel in these top-line recommendations, with significant layers of detail still to be worked through.

“But these proposals contain both a recognition of the need to make significant changes to address a range of challenges facing the sport at all levels, and recommendations for those changes which have the potential to transform the approach, mood and reality of rugby league in the UK and beyond.”

“Founded solidly on the realignment of Super League and the RFL this has been an all-encompassing process conducted by IMG, with all of the key stakeholders within the sport playing important roles in it.

“We would like to thank the clubs, broadcasters, commercial partners and supporters that have contributed to IMG’s recommendations, which set out a new future for Rugby League and can take it in a bold and positive direction.

“At Super League we look forward to the next stage of this comprehensive process, working towards providing further updates that will map out the sport’s long-term future.”

“Having now had the opportunity to dive deeper into the sport, including through consultations with all key stakeholders of the game, our excitement for this 12-year strategic partnership and what can be achieved has only increased.

“We have a unique opportunity to alter the growth trajectory of the sport and we believe the recommendations we have presented today will provide the foundation for that growth and attract new investment into the game.”

The server is temporarily unable to service your request due to maintenance downtime or capacity problems. Please try again later.

Additionally, a 503 Service Unavailable error was encountered while trying to use an ErrorDocument to handle the request.