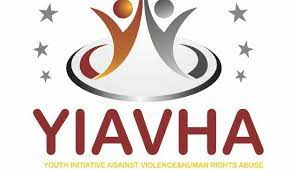 AN NGO, Youth Initiative Against Violence and Human Rights Abuse (YIAVHA), has advised political parties to caution their supporters against thuggery, reckless driving and other forms of unsafe behaviours during campaign rallies.

Mr Jacob Pwakim, the Executive Director of the organization, gave the piece of advice in statement issued on Monday in Jos.

Pwakim was reacting to the road crash that claimed the lives of 16 supporters of the Peoples Democratic Party (PDP) on their way from a zonal rally at Pankshin in Plateau.

The News Agency of Nigeria (NAN) reports that many other party supporters sustained various degrees of injury from the crash.

Pwakim, who condoled with families of the affected people, called on political parties to put in place modalities that would ensure a peaceful and accident-free rallies.

“YIAVHA Nigeria expresses sympathy with the immediate families, Plateau state and all those who mourn the demise of these young Nigerians who in every sense have the potential that may have added value to the development of humanity in general.

“YIAVHA is also pleased with the role of young people in the 2023 elections where their actions shape the prospects of the elections to be peaceful and participatory.

“Precautionary measures should be put in place to reduce the vulnerability that comes with election campaigns in Nigeria,” he advised.

The executive director advised political parties to learn from experiences where party supporters die in road accidents during rallies due to reckless driving, adding that such ugly trend could be averted if proper measures were put in place.

“If we are to learn from experiences, there should be adequate first aid equipment and medical provisions, safe driving measures and car loading guidelines.

“Security personnel, among others, must ensure that elections are devoid of actions that threaten the lives of those campaigning.

“These safety measures should be monitored by the election management body and other stakeholders, political parties inclusive.

“While we know that there are natural occurrences, we like to be sure that all preventing measures have been observed by all parties involved in the election process,” he said.  (NAN)