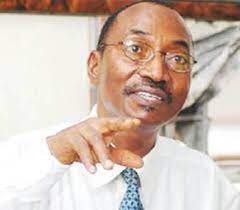 A member of the All Progressives Congress (APC), Tunji Abayomi, has said that politicians anywhere in the world are “sinners” but Nigeria needs a “sinner” who can develop the country; make money and use the money to lift people out of poverty.

“Anywhere in the world, you find that politicians are sinners,” Abayomi said on Channels Television’s Sunrise Daily programme on Monday.

“Only sinful men will raise the society from sin because they understand the effects of the sin, the consequences, the structure of sin and how to manage them. If you are looking at holy men, you are not going to achieve a whole lot. If you look at the history of the world, that is the reality.”

Abayomi, who is also the Pro-Chancellor and Chairman of the Governing Council of Adekunle Ajasin University in Ondo State, however, said there must be some form of balance between morality and competence.

“There will be some form of balance; yes, a sinner but not a murderer,” he said.

“Who of the sinners can give us the best possibility having regard to the issue that confront this nation today?” he queried.

“The principal issue should be the preoccupation with Nigeria; what should Nigeria be?” he asked.

Abayomi further said he is “very convinced” that the source of the wealth of his party’s presidential candidate, Bola Tinubu is clean.

“I am very convinced because a man who rose to point of director of Mobil Producing, is he stupid and we’ve been running after simple issues? The second is that do we think that those organisations are so incompetent that they won’t have information and know about their staff?

Abayomi, who is also a human rights activist, also said former President Olusegun Obasanjo’s endorsement of the Labour Party’s presidential candidate, Peter Obi counts next to nothing, arguing that the electorate is the ultimate decider of an election winner in any democratic setting.

“It counts for little, next to nothing because the reality of the matter is that we all have our constituency of influence.

“It may be exciting for the candidate but for the voters and the electors, in my view, it counts very little because former President Obasanjo has only one vote,” he said.

Obasanjo had on January 1, 2023 shunned 17 candidates and endorsed Obi, a former governor of Anambra State, saying he has an edge over other contestants.

Obi’s endorsement by the former Nigerian military head of state between February 1976 and October 1979 has since riled the candidates of the APC, the PDP, amongst others.

Obi, who has been put ahead of other candidates in many pre-election polls of late, is popularly amongst youths who are thirsty of genuine national change but only time will tell the winner of the February 25 election.