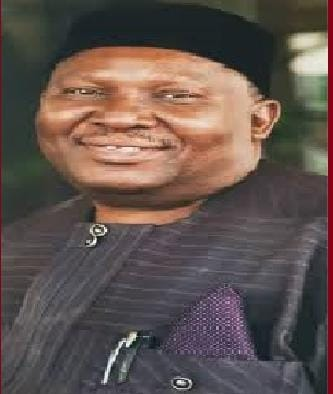 The recent call by President Muhammadu Buhari on foreign ambassadors to desist from interfering in Nigeria’s forthcoming election is both timely and imperative. The president spoke while receiving Letters of Credence from the Ambassadors of Switzerland, Sweden, Republic of Ireland, Kingdom of Thailand, Republic of Senegal and Republic of South Sudan. He reiterated his call to foreign government representatives in Nigeria not to interfere in the country’s infernalaffairs, especially the electoral process.

“I urge you to be guided by diplomatic practice to ensure that your activities remain within the limits of your profession as you monitor the build-up to the elections and the conduct of the general elections itself,” presidential spokesman Femi Adesina said in a statement.

Representatives of foreign countries have strict rules of engagement and must therefore, be called to order if they are deemed to be in breach of such guidelines. Some have lately been making statements freely on the elections, as if Nigeria has become an extension of their countries. Others have been receiving aspirants to political offices, again without consideration for international best practices, where such practices, if they hold at all, are done discretely. Just what are they discussing with the politicians?

Of course, it should be said that while he is right to speak to the ambassadors, President Buhari should also be addressing Nigerian political office seekers most of whom now stop at nothing to gain foreign validation, without seeming consideration for the interests of their own country. It might even be said that President Buhari was a beneficiary of such foreign contacts prior to his election in 2015. Yet, it is also probably true that after nearly eight years in office, he is wiser and more knowledgeable about the issue at stake.

A nation’s foreign policy, for example, is considered an extension of its domestic policy architecture and usually the aggregate of its national interests, especially in the strategic socio-political, economic and security/military domains.

But this concept is being stood on its head by politicians, who still inexplicably prefer foreign capitals as venues to market their policies or political programmes.

The presidential candidates of three of Nigeria’s major political parties for the 2023 elections – the ruling All Progressive Congress (APC), and opposition Labour Party and the New Nigerian Peoples Party (NNPP) – have separately appeared at the London-based British policy research Think-tank, the Chatham House, to unveil their programmes.

Also, at the invitation of the research Centre, the head of Nigeria’s Independent National Electoral Commission (INEC) has equally addressed the international audience at the same venue on preparations for the general elections.

A few weeks before the 2015 presidential election, President Muhammadu Buhari, as candidate of the then opposition APC, used the same Chatham House as venue to discuss the policy thrust of his government if elected.

Given the level of international attention often generated by elections in Nigeria it might be understandable for any foreign research Centre to seek to learn more about the policy direction of the country’s potential leaders. It might even be argued that under the principle of freedom of speech and association, the presidential candidates are within their rights to speak anywhere. Chatham House could also be said to be doing its job as a policy Think-tank.

However, the concern is not so much with the appearance of Nigerians of political influence at Chatham House, as with what they had to say to the international community outside the shores of their own country. Some of the issues raised by the presidential candidates are news to Nigerians, their primary and principal constituencies, and to whom they owe a Constitutional duty and obligation. Nigerians are entitled to know the plans of those who aspire to govern them, firsthand from the candidates themselves, and not through the filtered lenses of foreign countries, their ambassadors or think-tanks. This will enable the citizens to make informed choices at the polls and hold leaders to account.

It is also not only problematic but embarrassing to note that some of the candidates have declined to face Nigerian audiences at home in an organized format but are offering the foreigners the same opportunity and much more on a silver platter. They fail to address the Nigerian electorate to debate their policies, as has become customary, but have no inhibitions as they meet with foreign ambassadors, foreign government representatives, the media and sundry foreign personalities, to pour out their thoughts.

To date, only one presidential candidate from Nigeria’s 18 registered political parties has addressed serious policy issues in reputable institutions such as the Nigerian Institute of International Affairs (NIIA) or the Nigerian Institute for Policy and Strategic Studies (NIPSS). Both possess the stature and influence to offer political office seekers or even incumbents the platform for robust discussion of essential thoughts and policy initiatives.

The question, therefore, is why Nigerian leaders and aspirants are quick to seek validation from foreign capitals and not show much enthusiasm to be approved by their own electorates, only to turn around later to blame those foreign countries for interference in the nation’s internal affairs or politics? Is this not further compounding the trust issue between the government and the citizens and hampering good governance?

Of course, Chatham House is not to blame. As a research and policy think-tank it is only being strategic and maximizing opportunities to boost its international profile and for the benefit of its host country.

The conduct of international relations is about protection of national interests and based on reciprocity. If aspiring leaders of other countries are not coming to Africa to debate their governance issues, especially domestic elections, why are Africans doing so?

An African proverb says that he who fetches ants-infested firewood, will have rodents and lizards to contend with.

Information is power, and intelligence is processed information, which forms an integral ingredient of internal, and by extension the foreign policy ecosystem.

By denying their domestic audience quality and adequate information, which is provided to foreign audience gratis, the politicians and political leaders are virtually donating sensitive information and material, which opens their countries to further external interference and vulnerability. More than that, the commitment they make in private meetings with representatives of foreign countries could in the future undermine domestic and foreign policy imperatives.

Politicians and government officials in Africa must learn to treat their citizens with respect and dignity, including providing them with important and adequate information as of right, especially on policies and programmes that will impact the citizens. They cannot treat their fellow citizens with disdain and expect foreigners to treat them differently.

To encourage and consolidate democracy in Nigeria, governance must be based on participation and inclusivity, respect for the citizens’ right to know and interrogation of the policies, programmes and decisions of leaders or political aspirants, as guaranteed by the Constitution.