THE Senate on Thursday commenced moves to establish an agency for the de-radicalization of repentant Boko Haram insurgents.

The move followed the first reading of a Bill titled: “National Agency for the Education, Rehabilitation, De-radicalization and Integration of repentant insurgents in Nigeria (Est, etc) Bill, 2020” by the Senate.

The main aim of the proposed agency according to a copy of the Bill’s objectives, is to among others:

“Provide avenue for rehabilitating, de-radicalizing, educating and reintegrating the defectors, repentant and detained members of the insurgent group Boko Haram to make therh useful members of the society.

“Provide an-open-door and encouragement for other members of the group who are still engaged in the insurgency to abandon the group especially in the face of the military pressure.”

Other objectives include to give the government an opportunity to derive insider-information about the insurgence group for greater understanding of the group and its inner workings.

Besides, the agency according to the Bill, “is to help disintegrate the violent and poisonous ideology that the group spreads as the program will enable some convicted or suspected terrorists to express remorse over their actions, repent and recant their Violent ideology and re-enter mainstream politics, religion and society.”

Lockdown: We don’t know how long this will last – FG

Lockdown: TUC calls on Nigerians to abide by FG’s order 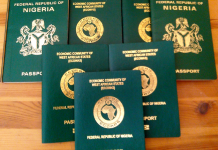 COVID-19: WHO urges Asia-Pacific to brace up for long-term battle

We will only test people with symptoms — Ehanire

Lockdown: We don’t know how long this will last – FG