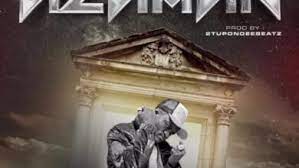 Fans have been anticipating the release since the Zeh Nation boss teased ‘Azaman’ on Monday via his Instagram handle. Portable finally released the 2 minutes, 28 seconds single on September 22nd, 2022.

‘Azaman’ is another outstanding smash single as Portable talked about how some influential personalities set out to cheat artists in the name of helping them while employing street lexicons on his cover.

The street hop singer spoke from experience as he was involved in a public dispute with dancer, promoter, and media personality Poco Lee after the release of ‘Zazzuh Zeh’ remix where Poco Lee claimed the position of the lead artist.