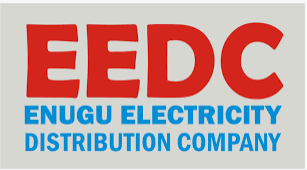 THE Enugu Electricity Distribution Company (EEDC) says power supply has been restored within the South-East.

The Head, Corporate Communications of EEDC, Mr Emeka Ezeh, disclosed this in a statement on Thursday in Enugu.

“In view of the decision reached yesterday evening (Aug. 17), at a meeting between the striking electricity employees and the Ministers of Labour and Power, the strike  by electricity workers has been suspended.

“Restoration of power supply commenced since 00.34a.m. (on Aug. 18) in parts of the South-East states of Abia, Anambra, Ebonyi, Enugu and Imo.

“Though this has been gradual, it is hoped that before noon today (Aug. 18) all EEDC outgoing feeders would have fully been restored,” he said.

The spokesman, however, apologised to the company’s esteemed customers for the inconveniences the disruption of power supply must have caused them.

He appreciated them for their patience and understanding, adding: “We, at EEDC, assure our customers of our continued commitment to providing improved services”.

It would be recalled that members of the National Union of Electricity Employees (NUEE) at the Transmission Company of Nigeria (TCN) power stations embarked on a nationwide strike on Wednesday, Aug. 17.

The electricity workers were protesting the nonpayment of outstanding arrears owed to former workers of the defunct Power Holding Company of Nigeria (PHCN).

They also protested against suspension of conditions of service and career path for workers.

Others are the directive by the TCN board to conduct promotion interviews for acting principal managers, who are moving to Assistant General Managers among others. (NAN)