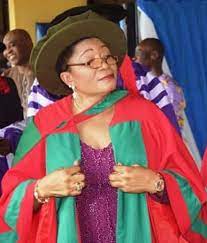 SOME professors at the ongoing National Summit on Tertiary Education have called for absolute autonomy for tertiary institutions for optimal performance.

The professors made the call on Wednesday in Abuja during a panel discussion on the topic “Avenues and Options for Transformative Collaborations in Tertiary Education”.

The News Agency of Nigeria (NAN) reports that the summit is organised by the Office of the Speaker of the House of Representatives.

The professors said that universities are limited in pursuing Public Private Partnership (PPP) to develop the institutions.

The Vice Chancellor of University of Benin, Prof. Lilian Salami, said that a private sector investor approached the university unsolicited wanting to building a market and an eatery.

According to her, this has taken time trying to get approval for them to come develop and this is someone willing to invest over N360 million.

She said that there are people who want to provide accommodation but want a duration of 15 years to recoup their funds but the university does not have powers to grant such a duration.

“In one direction, we are saying people should please invest and help the university system and on other hand, we are saying we have these bottlenecks which we cannot surpass,” she said.

The Pro-Chancellor of the University of Lagos, Sen. Lanre Tejuoso, said that there is a need to change the PPP environment.

He said that any private entity that wants to do business with a public organisation has an objective to make profit and if the environment is not right, they will not be encouraged.

He said that they could be a PPP arrangement on infrastructure, personnel or technical staff which will develop the institution but the environment is not right.

“Without the autonomy of our universities, to have our own banking system that we can control, not the  Treasury Single Account (TSA), there is no way we can do PPP successfully.

“The banks too will be interested to fund PPP on infrastructural development if they know they can control the inflow of income for that PPP.

“So autonomy is the bedrock of how we can make a difference in the PPP collaboration for the transformation of our universities,” he said.

Tejuoso said besides the benefits of the PPP, there is the aim for student to be comfortable and have a good accommodation.

He said that the universities are, however, limited by what can charged for such services on campus.

He said government should allow universities decide how to spend funds as it would aid bargaining powers of universities while negotiating PPPs.

“Because we are very weak when we are going for these PPPs, if we have one billion naira and we say to the investor, we are putting N200 million, then we are real partner because we are providing land and money.

“Then we will be able to have more returns and not just providing accommodation for our student.

“So this lack of autonomy is where the problem is,” he said.

He said that government allows universities to go into PPP but they will have to revert to Abuja for approval and clearance to implement.

Omoregie said that the arrangement is like when one donates a cow to someone but still hold the leash. (NAN)