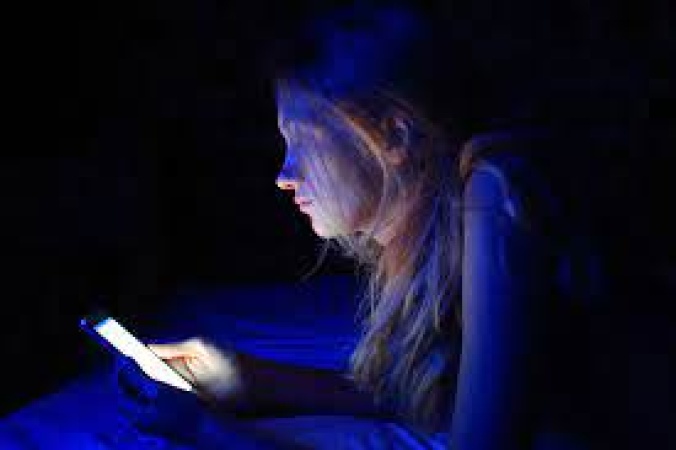 Despite the importance of the eyes to man, little attention is often paid to the care of the eyes. Studies have shown that many modern gadgets and applications that are used daily have damaging effects on the eyes. So efforts should be made to take adequate care of the eyes since some of the damages are not reversible.

JESSICA Ogonnaya, a 28-year-old student of the University of Port-Harcourt, UniPort, has been using smartphones for years, but she has never heard about the Eye-Care/Eye Comfort Shield/Night shift/Blue light filter feature included in most Smartphones to protect the eyes against the effects of blue rays.

Like Ogonnaya, not many people have an idea about the eye-protecting feature.

The rising concerns over the dangers of blue rays emanating from the use of blue light technologies, including cell phones, especially in the dark are mostly due to the distance at which it is held away from the face and eyes.

Researchers may have linked how blue light emitted from your technology has the potential to lead to macular degeneration.

While a typical computer should be at least 20″ away from the face, a study found that subjects held their smartphones an average of 11.5 inches away from their face, as stated by naturaleyecare.com

According to naturaleyecare “The researchers asked youths aged 18-25 to read an extract of a novel on a smartphone for one hour, and tested for eye fatigue before and after reading.

“The scientists measured how far away the students held their phones while reading. The distance varied throughout the reading period, between 8.6″ and 14.4″ away from their faces, getting increasingly close as time went on — and — closer than was found in previous research.

Mark Fromer adds that although it is still unclear how much blue light and for how long it’s necessary to damage these sight-seeing cells, Blue light appears to damage retinal cells.

“We do know the damage is irreversible,” he said.

“Although age-related macular degeneration affects people of all ages, it’s most likely to occur after age 60 says Trusted Source. However, experts suspect this may come sooner with the increased use of blue light technologies.

The effects of age-related macular degeneration is expected to affect almost 288 million people worldwide by 2040, says the BrightFocus Foundation.

One study relates this phenomenon to using a magnifying glass in the sun — the light can become so intense and focused that it can burn your eye.

The blue light from these screened devices can also lead to dry eyes.

Also, certain situations such as using your technology at night can intensify the blue light as well. Transmitted blue light, especially in the dark, channels the light into a very small area inside of your eye.

“It’s no secret that blue light harms our vision by damaging the eye’s retina,” said Ajith Karunarathne, assistant professor at the University of Toledo’s department of chemistry and biochemistry.

“Retinal, which is produced by the eye, is triggered by blue light and causes various chemical reactions. These reactions within the eye can be poisonous to the photoreceptor cell molecules rendering them damaged.

“When these photoreceptor cells die, there’s no regeneration,” he adds.

Studies have also shown that with the increased usage of smart phones, iPads, and laptops, there has been an increase in the development of dry eyes due to a decreased blink rate,” explains Angela Bevels, OD, founder and owner of Elite Dry Eye Spa in Tucson, Arizona.

Over time, the more someone engages with their devices the less they blink.

“This in effect causes the tears to evaporate faster, leaving the cornea to dry out,” says Bevels.

PRASAD NETRALAYA a speciality super eye hospital suggests that eye damage caused by cellphone use can be prevented by incorporating a few simple steps in your daily cellphone use routine.

Among these steps include:

Adjust Text Size and Contrast: Make sure that the text and contrast of your screen are set appropriately so that it is visible to your eyes without causing much strain. This makes it easier for you to read web content, messages, email and everything else.

Maintain a Clean Screen: Wipe your smartphone with a clean dry cloth from time to time. This ensures that dirt, dust and grime are cleaned off the surface of your phone, allowing for clear visibility and reduced strain on the eyes.

Maintain Proper Distance: Most people hold their phone at a distance of about 8 inches from their face. However, holding your phone that close can be very damaging to the eyes. Maintain a distance of about 16 to 18 inches in order to protect your eyes from long-hours of smartphone use.

It is also advisable to always use the eye care feature found in mobile phones.