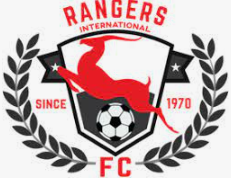 THE management of Rangers International Football Club of Enugu has announced the appointment of defender Uche John as the club’s captain in the forthcoming 2022/2023 season.

The club, in a statement by Norbert Okolie, its Media Officer said John’s appointment was as a result of his unanimous selection by teammates.

It said his selection was at a brief ceremony after the team’s training session on Tuesday.

“After his selection, the club’s Administrative Secretary, Ferdinand Ugwuarua, charged him to lead by example as much was expected of him both on and off the pitch in leading the team to achieve its set target for the new season.”

The News Agency of Nigeria (NAN) reports that the defender will be assisted by midfielder Ugochukwu Ugwuoke, while Ebuka Anthony was appointed as the second assistant skipper.

The statement disclosed also that the club’s Technical Adviser, Abdul Maikaba, while speaking on the development, urged the players’ leaders to show leadership by example.

Maikaba expressed the belief that the new team leaders would lead by example as much was expected from them, especially John the new skipper.

“I expect John to use his wealth of experience in the league to guide others to ensure we achieve our set target for the season,” he said.

NAN reports that John took over from Tope Olusesi and has featured in more than 60 Nigeria Professional Football League (NPFL) matches from 2016 to 2022 for Enyimba and Rangers International.

“This is really a big task put on my shoulders. But I am ready to lead by example and be a good link between players, coaches and management.

“With the support of all, I am sure that we shall deliver the expected goods at the end of the season.

”I am humbled by this additional task and by God’s grace, I will not disappoint those behind this choice,” John said in his reaction to the development.(NAN)