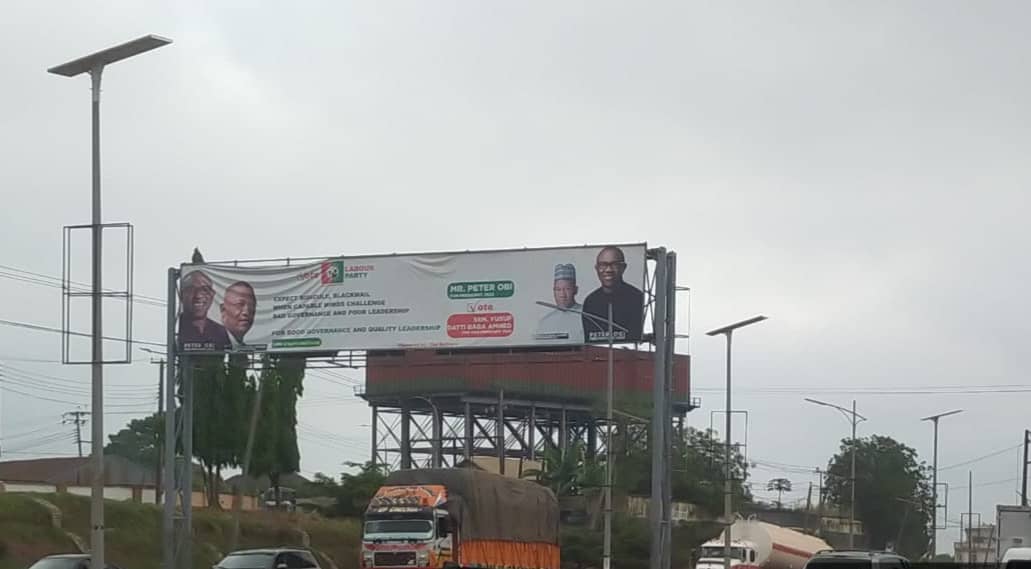 Nwosu, in a statement, on Wednesday, November 23, explained that reporters misinterpreted the letter sent out by the Anambra State signage agency.

According to him,
“Last two weeks the Anambra State Signage and Advertising Agency (ANSAA) sent out a letter to the Outdoor Advertising Association of Nigeria (OAAN) on the need for members to provide data on every advertisement structure they have in the state for enumeration purposes.

“A press release was issued afterwards to inform the general public, especially politicians, who have their adverts running on such assets that this exercise was on.

“Sadly, this well-intentioned release was turned on its head by some mischievous journalists. They twisted and wove a damaging narrative against the Governor of the State, Prof Charles Chukwuma Soludo (CFR) and the Agency. The Governor was wickedly accused of taxing Mr. Peter Obi’s billboards and instructing ANSAA to remove the boards.This is not true.”

He described this manner of reportage as simply demonstrating how lazy or mischievous or irresponsible the reporters are. “If they had scratched the barest surface of facts they would have discovered that Prof Soludo is the only governor in Nigeria today that has ordered his Advertising and Signage Agency to create a level playing ground for all political parties in the upcoming elections. If they had worked a little hard they would have discovered that Mr Peter Obi is the only politician that was given 100% access to the overhead directional signs and gantries in the state to display his message.

“If Governor Soludo had given such malicious directive as alleged to ANSAA, Mr Peter Obi wouldn’t have enjoyed such exclusive exposure in the State, and on media that is regulated (100%) by the government.

“For the avoidance of doubt, ANSAA is a responsible organization that is focused on delivering world class services to outdoor advertising practitioners and other clients in Anambra State irrespective of their political leanings provided they pay their bills and abide by the proscribed ethics.”