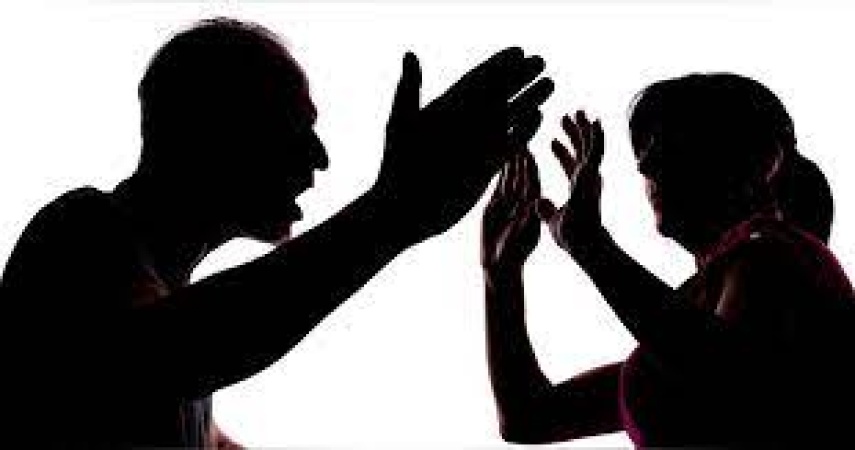 Domestic violence against women still lingers in the society because of cultural practices and unnecessary religious influence. Unfortunately, the establishment of some institutions and enactment of laws against the practice have not done much because the victims have failed to speak out.

FOLLOWING the outcome of the Beijin 1995 Fourth World Conference on Women, one would think that domestic violence and/or violence against women would by now be a thing of the past. However with recent developments and reports on the same matter, it seems like nothing has ever been said of the subject matter.

The United Nations sees violence against women as “any act of gender-based violence that results in, or is likely to result in, physical, sexual, or mental harm or suffering to women, including threats of such acts, coercion or arbitrary deprivation of liberty, whether occurring in public or in private life.”

Estimates published by the World Health Organization, WHO, noted that neither single nation nor region has the monopoly of domestic violence. It noted that between 2000 and 2018 about 1 in 3 (30%) of women between ages 15 and 49 worldwide have been subjected to either physical and/or sexual violence in their lifetime, some of which is prevalent in the Western Pacific with 20%, 22% in high-income countries and Europe, WHO Regions of the Americas rating 25%, while 33% goes to the WHO African region. WHO Eastern Mediterranean region and WHO South-East Asia region share 31% and 33% respectively.

WHO warned that this violence affects women’s physical, mental, sexual, and reproductive health and increases the risk of acquiring HIV.

Meanwhile, in Nigeria, according to report in 2021, Lagos has the highest number of cases of domestic violence, including sexual abuse perpetrated against adults and children with a number of 10,007 reported cases reported between May 2019 and August 26, 2021.

Apart from the general laws that exist against violence like the criminal code and penal code, which are applicable to all, Nigeria has created other specific laws that deal with the issue of violence and abuse within domestic and private relationships, some of which include the Protection Against Domestic Violence Law, PADVL, which specifies different types of domestic violence, including things like sexual abuse exploitation, starvation, emotional, verbal and psychological abuse, economic abuse and exploitation, denial of basic education, deprivation, harassment and intimidation (passed in 2007 and applicable mostly in Lagos), Violence Against Person’s Prohibition Act, VAPP, which was passed as a law only applicable in the FCT in 2015 (although adopted by other states) and covers issues of sexual abuse and rape, domestic violence and other related crimes and administered by the National Agency for Prohibition of Trafficking in Person, NAPTIP.

Recall that some months ago, in Ajah, Lagos, David Idibie was reported to have murdered his 42-year-old wife, Juliana Idibie.

Although the world is against this barbaric act, some cultures and religions keep feeding it to breed and grow. The Nigerian culture, especially in the northern part, still condones Gender-Based Violence, GBV, ranging from physical (domestic violence) to social (child marriage) abuse.

Some patriarchal systems in Nigeria still truncate the fight against GBV in the name of enforcing (even to the loss of life) the holy book, which preaches total submission, especially in marriage. Reports have exposed several women and young girls, who have been violated, abused by preachers, mostly men, in the name of marriage or miracle. Some persons that it is a correctional measure to what they term “bad”. However, some of these preachers fail to know and draw the limit.

The recent report of the death of Osinachi Nwachukwu, a popular gospel singer, who died after suffering from alleged domestic violence from Peter Nwachukwu, her husband, has brought again the voices of the media and other stakeholders to condemn this act. This is remarkable because of her personality, her contribution to the religious, social and entertainment world.

Late Osinachi’s mother revealed that she persuaded her daughter to leave the marriage, but she kept insisting that divorce is a sin, so she decided to remain in the marriage, which has led her to her early grave.

Unfortunately, Osinachi’s is only one of such cases as Emanuel Chigozie (MC Bonus), a Nigerian comedian, also allegedly abused his wife (even in pregnancy) to death.

Some people (men and women) have also confessed to have left their relationships and marriages because of domestic violence.

Despite all the advocacies going on across the globe, reports still show that most victims of domestic abuse still shy away from speaking up either due to cultural reasons or fear of stigmatization.

Unfortunately, where the victims decide not to speak out, it is therefore difficult to curb this ugly practices in our society.