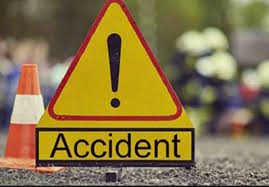 THE number of road fatalities in Cambodia declined to 942 people in the first half of 2022, a decrease of 9 per cent from 1,033 over the same period last year.

The Ministry of Public Works and Transport secretary of state Min Manavy has said on Thursday.

“Among the dead, 759, or 80.5 per cent, were motorcyclists, and 558 of them were unhelmeted,’’ she said during the biannual meeting of the National Road Safety Committee.

Besides the death toll, the accidents injured 2,235 others during the January-June period this year, down 31 per cent from 3,227 over the same period last year, she added.

Manavy, who also serves as secretary-general of the National Road Safety Committee, said that 1,609 cases of road accidents had been recorded, down 26 per cent from 2,171 cases. (Xinhua/NAN)