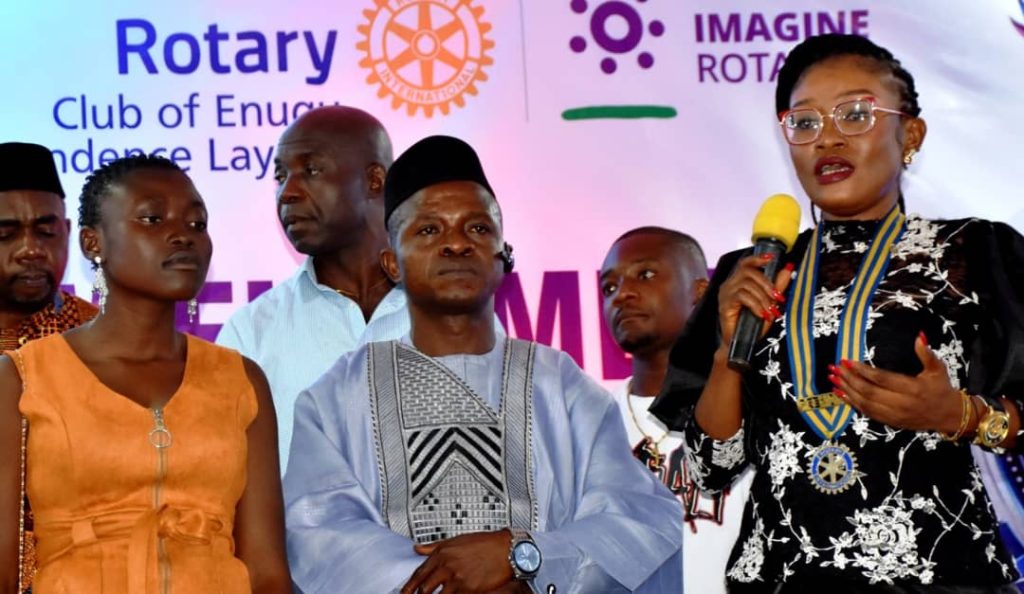 A philanthropist, Dr Ejikeme Odumegwu, on Sunday urged wealthy individuals, families and organizations to assist the society in uplifting the downtrodden through works of charity for a peaceful and better coexistence.

Odumegwu, who is also the Chairman of Owelle Ejikeme Odumegwu Foundation, made the appeal in Enugu at the Rotary Club of Enugu Independence Layout investiture of Ngozika Mbah as the 21st President of the club.

He noted that leaders and wealthy Nigerians should strive to impact something positive on the people and sustain such laudable charities and societal advancement works.

According to him, as we celebrate Rotary and its founder, it is good we ask ourselves what we will be remembered or celebrated for. What legacies or ideologies we will leave behind to touch lives around us.

He said: “As we live our lives on earth, we should plant things that will be indelible in the sands of time, especially through charity works that touche the lives of others and uplift them.

“In Owelle Ejikeme Odumegwu Foundation, we run what is called Forever Charity Network, where we expect that those we have assisted will at least assist one person in their lifetime to attain same feat, notwithstanding where the person comes from.”

In her inaugural speech after the investiture, Mbah said that she was accepting the leadership and task handed over to her with a sense of utmost responsibility, bearing in mind of the great efforts of past leaders of the club.

She, however, rolled out some projects, which her executive would embark upon in line with Rotary International area of focus and reach out to its immediate communities.

She said: “The club plans to donate furniture and sets of textbooks to secondary school libraries within our immediate communities.

It will “support orphanage girl-child adoption and place signage signs on proper dumping and clearing of drains at strategic locations and refuse dump locations in our area.

“Organise workshop for traditional birth attendants on best child delivery practices and organise an undergraduate students’ essay and award on ‘Peace and Conflict Resolution’ among others.”

Highlight of the occasion was the  conferrment of International Service Award to Odumegwu for his massive education scholarships and other humanitarian work within and outside Enugu State.