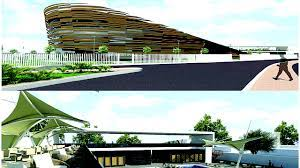 CHIEF Olusegun Runsewe, Director-General, National Council for Arts and Culture (NCAC) had  lauded Gov. Babajide Sanwo-Olu of Lagos State for his unequalled investment in the creative industry through development of needed infrastructure.

Runsewe in a statement on Wednesday, said that Sanwo-Olu had shown deep and unprecedented  commitment to the growth of cultural tourism economy in the state and the entire nation.

The News Agency of Nigeria (NAN)  recalls  that Sanwo-Olu had redeveloped a tourist site, built in 1928 to a world class destination, which is now known as Centre for Yoruba Culture and History and was commissioned on  Jan. 24 by President Muhammadu Buhari.

Runsewe listed the interventions of  Sanwo-Olu as: reconstruction of the Badagry slave Museum, unveiling of John Randle Centre for Yoruba History and Culture, hosting of UNITED Nation’s World Tourism Organisation conference and the iconic 35th National Festival of Arts and culture (NAFEST).

He commended the governor for the upbeat, pragmatic efforts, geared toward bringing the creative tourism economy in Lagos back to local and global reckoning and acceptance.

”  It’s indeed heart warming to see all the tourism infrastructure and investment on  platforms desirable to growing a sustainable creative cultural tourism economy in state.

” This is empowering local people and industry practitioners, indeed, Sanwo-Olu is a tourism care giver, futuristic and a tourism job creator,” Runsewe said.(NAN)