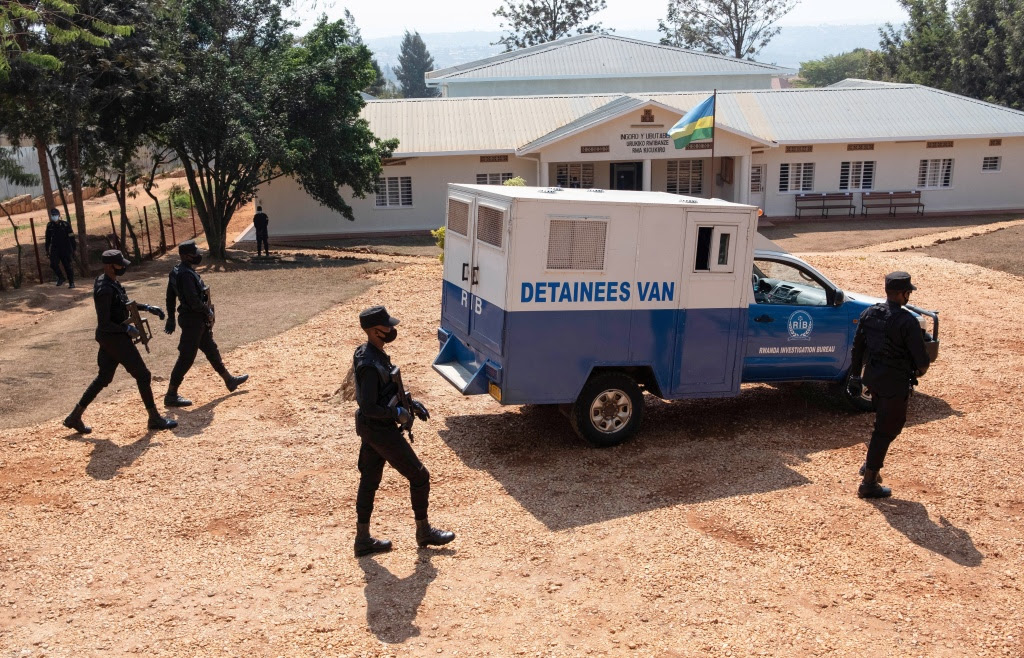 Police officers at a court in Kigali, Rwanda, on September 14, 2020. Three YouTube-based Iwacu TV journalists detained in Rwanda since October 2018, were acquitted and released on October 5, 2022. (Reuters/Jean Bizimana)

IN response to the acquittal and release on Wednesday of three journalists for YouTube-based Iwacu TV who have been detained in Rwanda since October 2018, the Committee to Protect Journalists issued the following statement expressing relief:

“We are greatly relieved that the court has recognized the charges against Damascene Mutuyimana, Shadrack Niyonsenga, and Jean Baptiste Nshimiyimana as baseless. Finally, these journalists can go home to their families,” said CPJ’s sub-Saharan Africa representative, Muthoki Mumo. “However, the four years that these journalists lost behind bars are a great injustice, underscoring the willingness of Rwandan authorities to abuse judicial systems to the detriment of the press. A repeat of such injustice should not be allowed, and all those other journalists who remain behind bars in Rwanda for their work should be released without delay.”

On Wednesday, October 5, a court in Kigali, Rwanda’s capital, acquitted the three journalists of charges of spreading false information with the intention of creating a hostile international opinion of Rwanda, publishing unoriginal statements or pictures, and inciting insurrection, according to reports by BBC News Gahuza and Reuters. One of their lawyers, Jean Paul Ibambe, confirmed to CPJ that the journalists were released from Nyarugenge Prison in Kigali on Wednesday evening, following the acquittal. The journalists were held in pre-trial detention until their trial started in August 2021. Earlier this year, prosecutors requested that they be sentenced to 22 years and five months in prison.