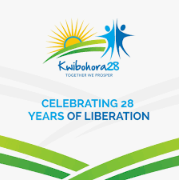 THE Rwanda High Commission in Nigeria on Sunday celebrated its 28th anniversary of liberation otherwise known as Kwibohora28 which marks the end of genocide and the defeat of the government that executed it on July 4, 1994.

According to Amb. Stanislas Kamanzi, Rwanda High Commissioner to Nigeria, Rwanda recovered its independence on July 1, 1962 but the recovery did not translate into national harmony and cohesion, as all post-independence governments chose to found their rule on ethnicity, divisiveness, and exclusion.

“Their choice inspired from the colonial master, crystalised in a genocide ideology that built up to the planning and the perpetration of the Genocide Against the Tutsi in 1994.”

“Till then, for over three decades, the dividends from Independence were, for the People of Rwanda, a mere mirage.

“The struggle for liberation was undertaken with a strong motivation and urge to institutionalise the rule of law within a truly inclusive nation.

“Along the process of stirring up that fundamental change, the Liberation Forces of the Rwanda Patriotic Front stopped the genocide and restored security and stability, which paved the way for national reconciliation and Nation rebuilding,” he said.

Kamanzi noted that Rwanda’s liberation on July 4, 1994, represents the springboard of the renaissance of the country.

“A new paradigm was conceived around three major and single-handed choices, which President Paul Kagame pointed out in his April 7, 2014 speech – ‘We chose to stay together, We chose to be accountable to one another, and We chose to think big’.

“Based on those foundational choices, during the past 28 years, Rwanda decisively embarked on structural socio- economic and political reforms, which have been guiding the transformational process underway.

“Forging and infusing the unity of purpose consolidated the sense of collective affiliation to the nation and of dedication to its development.

“Leaders and the citizens alike continuously subscribe to the primacy of the common good and how maximally it can serve to achieve inclusive well-being,” he said.

The ambassador said that before the outbreak of the Coronavirus (COVID-19) pandemic, Rwanda had consistently recorded an average of eight per cent annual economic growth and still aims to become a middle-income country by the year 2030.

“Rwanda made it possible for every citizen to  subscribed to medical care insurance, with the poorest fully catered for by the government.

“Rwanda has provided universal primary and secondary education. In this connection, attention was paid to ensuring that girl-children were not left behind, in line with our gender inclusion hallmark.

“In a bid to widen cooperation and spur tourism, trade, and investment, Rwanda has opened up her shores to the rest of the World by waiving entry visas to visitors from all over Africa, the Commonwealth, and Francophonie nations.

“The move complements the ease of doing business strides that made our country rank among the most progressive globally.

“So, you are all always welcome to visit Rwanda.

“Rwanda is also in the advanced stages of expanding the operations of the Kigali International Financial Centre, which is poised to dispense innovative world-class services.

“(Rwanda is also committed to) active international solidarity and social justice, especially in situations of challenging crisis such as the COVID-19 pandemic surge that the World has been faced with over the past two years or so,” Kamanzi added.

While appreciating the excellent bilateral relations between Nigeria and Rwanda, he said  the leaders at the highest level were in constant engagement to elevate cooperation between the two countries to greater heights.

“In this regard, an agreement to establish a Joint Permanent Commission was signed on Sept. 28, 2021.

“Building on that, the range of areas of collaboration will keep increasing, involving government and the business community.”

Kamanzi also expressed his gratitude to the Rwandan Community residing in Nigeria for its positive impact and for safeguarding the good image of Rwanda.

In his remarks on behalf of the diplomatic corp in Nigeria, Amb. Salaheddine Abbas, Cameroonian High Commissioner and Dean of the corp congratulated the Rwanda for the liberation and anniversary.

The News Agency of Nigeria (NAN) reports that three people won free return air tickets to Rwanda via a lucky draw during the event. (NAN)