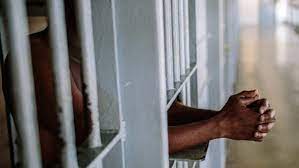 Luka, a resident of Dape Village, Abuja, had pleaded guilty to a two-count charge, and begged the court for mercy.

Delivering judgment, Justice Mohammed Wakili held that he considered the convict’s guilty plea in sentencing him.

“In line with his plea for mercy, Luka is hereby sentenced to two months imprisonment with an option to pay N6, 000 fine,’’ the judge said.

He directed the convict to pay the employer the stolen N61,000, and advised him to desist from crime.

Wakili hoped that the sentence would serve as a deterrent to others.

According to the prosecutor, the convict converted N61,000 he realised from sales to his personal use.

He said that Ogbu reported the theft at Life Camp Police Station on Sept.17. (NAN)