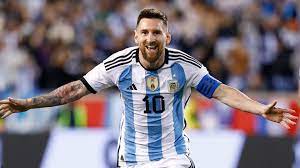 NEW data reveals that Lionel Messi is among the players most likely to win the Golden Boot at the World Cup, scoring 89.80 out of 100 in the golden boot index.

That’s according to LotteryCritic.com who have created a points-based index system looking into the top 50 most expensive players travelling to the World Cup. The index analysed goal to appearance ratio so far this season, and each player’s FIFA23 shooting stats.

Lewandowski is most likely to score according to current form data

Poland striker, Robert Lewandowski, is predicted to be among the top goal scorers at the World Cup, scoring a staggering 95.90/100 in LotteryCritic.com’s Golden Boot index. Lewandowski ranks on the list alongside Bayern Munich teammates Thomas Muller, Leroy Sané, Sadio Mané and Serge Gnabry whoranks the closest in 10th position scoring 70.45 out of 100, a 25.6% decrease from Lewandowski. The Polish striker has a staggering 0.95 goals for every appearance.

Three Lions captain, Harry Kane, ranks thirdwith a Golden Boot likelihood score of 91.85/100. Kane also ranks alongside Marcus Rashford (75.5/100) with Rashford scoring 17.8% less than Kane in the index, who prior to this season was in question for his position in the World Cup squad.Harry Kane has scored 0.57 goals per appearance so far this season, the 6th highest of all players analysed