GOV. Abdullahi Ganduje of Kano State has called on all stakeholders to join hands to ensure the success of the community policing initiative to ensure safe and secured communities.‎

Ganduje disclosed this while ‎inspecting over 1,000 cattle and other property recovered from rustlers at Kwanar Dangora on Sunday in kano.‎
‎
‎He said that community policing was a better option to tackle internal security, adding that community participation would expose many ills in the society.‎
‎
He explained that prevention of crime in the society should be a collaborative effort between the police and members of the community.

“The collaboration between the community and police is the cardinal ingredient of community oriented policing or community-policing,” he said. ‎

The governor said the state government had set up a committee to return the cattle to their genuine and rightful owners.

‎Ganduje called on the people of the state, particularly those in the affected areas, to cooperate with security agencies to bring an end to the menace.

He also said that the state government would establish a RUGA settlement in Dansoshiya forest in Kiru Local Government Area and Milk market in Dangauro village near Kano.

He said this would bring to fruition government efforts to settle the Fulani in one place for their economic and social advancement.
‎
Earlier, the ‎state commissioner of police, CP Ahmed Iliyasu, said the rustlers were traced from Falgore forest and intercepted at Kwanar Dan Gora while trying to change route.

Iliyasu said the rustlers confessed to engaging in cattle rustling, armed robbery, kidnapping and other forms of criminal activities within Kano and neighbouring states.‎

The commissioner pledged the police readiness to rid the state of crime through community collaboration.‎

Members of Miyetti Allah, who spoke at the occasion, commended the state’s security efforts and promised the association’s support and cooperation in the fight against insecurity. (NAN) 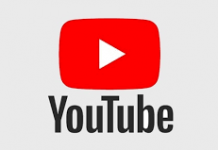 AGF Malami should not be paid back with evil, group tells fake news peddlers