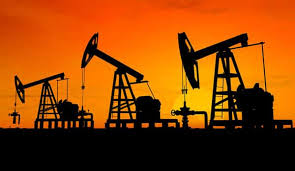 THE monumental loss of revenue discovered in the Nigerian oil and gas sector has been a great cause of concern to all stakeholders and Nigerians in general.

The activites of these organised crude oil thieves through incessant pipeline sabotage/theft and the diversion of produced crude, have resulted in drastic reduction in the nation’s crude oil production  from 2.13 mbpd in January 2020 to as low as 1.38 mbpd in July 2022.

It became necessary for the Nigerian Senate after its sitting on Thursday,  April 14, 2022 where it deliberated on the matter of the Medium Term Expenditure Framework, MTEF, especially with regard to the Revenue profile of the Nigerian economy, to set up an Ad hoc Committee on Petroleum Resources, Upstream, to investigate the remote and immediate causes of crude oil losses and its impact on production and revenue, with a view to finding a solution to the menace.

The committee at the end of its investigations attributed the loss of government revenue not just to the activities of oil thieves, but also to Pipeline Vandalization, Inadequate Investments, Host Community Issues, OPEC Restrictions among others.

It also attributed the short fall in production, including condensates, to mainly caused by Onshore/Swamp fields that are affected by pipeline sabotage/theft, as well as the conflicting figures being brandished by various organisations as “crude oil theft”, to the dual and conflicting presence of government regulatory agencies, which it said, is also a threat to the ease of doing business.

According to the report signed by 10 out of the 13 members of the committee, and made available to Realnews, the final report and recommendations to the Senate was only reached after several meetings to determine the methodology and scope of work and resolved to carry out its mandate by first engaging the most critical of the stakeholders, embark on a site visit of some of the major crude oil terminals, over flying the affected pipeline right of way, hold an investigative hearing, among others,

Realnews reports that the physical visit to these facilities was to enable the Committee to understand the process from the Well Head through the Flow station and pipelines or Trunklines to the Terminal and to have insight into the nature of crude oil losses due to oil theft and also the source of the conflicting figures attributed to the theft, so as to fully understand the enormity of the menace.

Although the Petroleum Industry Act, PIA, distinctively created two regulatory agencies for the oil and gas industry; the Nigeria Upstream Petroleum Regulatory Commission, NUPRC, for the upstream sector and the Nigeria Midstream and Downstream Petroleum Regulatory Authority, NMDPRA, for the midstream and downstream sector, the committee, however, noted that the “Authority had no mandate whatsoever to regulate crude oil export terminals given that its mandate is strictly in respect of midstream and downstream terminals.”

The report said that NMDPRA was conferred with the mandate to regulate future stand-alone export terminals, since the Act had envisaged the future development of stand-alone terminals for export of refined products for non-holders of Petroleum Mining Lease or Oil Mining Lease, which hitherto was not available under the Terminal Dues Act, which prescribes the legal basis for establishing crude export terminals only for holders of Oil Mining Lease or Oil Prospecting License.

The committee, according to the report, also discovered during the site visits to the terminals that there was dual and conflicting regulatory presence of both the NUPRC and the NMDPRA, in one of the floating and offloading terminals in the Ebok field operated by Oriental Energy Resources, offshore Akwa Ibom State, which is said was outrightly against the spirit and letters of the PIA.

It noted that this dual regulatory oversight has become a source of conflict and crises among staff of the two affected agencies and has led to several complaints by oil and gas producers on the terminals, and has had a negative impact on the ease of doing business by the industry operators at the terminals.

It observed that the plethora of government entities or representatives like Customs, Immigration, NDLEA, INCHCAPE, Port Health, TROBEL, ARLINGTON NIG. LTD., INSPECTORATE, SIFAX etc present at Export Terminals with duplication of roles and responsibilities is leading to conflicting figures being churned out.

It, however  revealed that Offshore operations are not hindered or affected by theft, pipeline vandalisation and third-party interference as the crude oil theft and pipeline vandalism were only limited to onshore and swamp operators due to their peculiar vulnerabilities.

It said that the country’s inability to meet its OPEC quota between January and July, 2022 was due to pipeline vandalism/theft, which resulted in major shut-in of well/fields due to lack of evacuation by the producers.  This was mainly along the Bonny/Brass Terminal network.

“On a monthly basis, there is reconciliation between the various well heads and flow station measurement to ascertain reservoir performance management and between flow station and terminal measurement to determine actual losses which form the basis for estimating crude oil theft.”

Other observations and findings of the committee from the site visit to major oil production points and Terminals include the following:

i.                     The country has lost over $2 billion to oil theft between January and August 2022, which lost revenue ordinarily would have supported the country’s fiscal deficits and budget implementation.

iii.                  In respect of LACT metering units, the Committee observed non-compliance by some operators on flow lines/terminals thereby relying on end-to-end reconciliation and out turn verification of volumes, while the NUPRC continues to impose penalties on defaulters.

vi.                 NNPC in collaboration with both industry regulators, other partners and government security agencies has deployed security architecture to help restore /guarantee production in eastern, central and western production corridors.

The Committee found and frowned at the interference of the Federal Ministry of Transportion in the deployment of the Advance Crude Cargo Declaration solution, which should the responsibility of the NUPRC, in alignment with its mandate as the technical and commercial upstream regulator under the PIA.

The Committee also frowned at the presence of two regulators at the crude oil export terminals when the PIA has clearly designated the limits of the two petroleum regulators’ respective oversight. The NMDPRA regulates the midstream/downstream sector only and at no time did the PIA contemplate it to perform crude oil terminal activities regulation, which is an upstream regulatory function and should necessarily include hydrocarbon accounting and crude oil revenue assurance and consolidation, as these are interdependent and contingent on crude oil terminal regulation. Crude oil being a product of upstream, in line with its definition under section 318 of the PIA, its Terminals can only be under the regulation of the Upstream Commission for optimal hydrocarbon accounting, ease of doing business and transparency in royalty computation as well as revenue assurance.

With the view to resolve the aforementioned issues that may be causing a conflict, creating a crises, or adversely affecting the ease of doing business for oil and gas producers, with the consequential negative effect on revenue assurance, pending any legislative amendment to the PIA, as may be required, to facilitate value creation and shared prosperity, the Committee made the following recommendations in a letter dated 7th July, 2022, which was addressed to the Hon. Ministers of Petroleum Resources, the Hon. Minister of State for Petroleum resources, the Nigeria Upstream Petroleum Regulatory Commission, the Nigerian Midstream and Downstream Petroleum Regulatory Authority, the Nigerian National Petroleum Company Limited, international and indigenous operating oil companies, and other relevant agencies for immediate adoption and implementation.

It noted, however, that some of its directives are in conflict with the extant provisions of the PIA, particularly sections 7(ee), 8(d), 32(ii) and 174(a) and should therefore be jettisoned as the PIA takes precedence over administrative directives which are inconsistent with its provisions.

a.       The NUPRC should resume full regulatory oversight of all existing crude oil terminals in Nigeria, including integrated terminals, crude oil pipelines, issuance of loading clearance and processing of export permit in line with section 8(d) of the PIA, as regulatory activities at crude oil terminals are interdependent and contingent;

b.      As intended in the PIA, the NMDPRA statutorily should concentrate fully on regulating the midstream and downstream activities i.e. from refineries, mid and downstream gas infrastructure, supply, storage and distribution of refined petroleum products, petrochemicals, virtual pipelines and retailing facilities,  in line with the provisions of the PIA, including future stand-alone crude oil and natural gas export terminals;

c.       There should be an immediate streamlining of the  agencies present at the terminals in line with the relevance of their PIA delineated upstream and midstream/downstream statutory functions, while NUPRC should strengthen deployment of digital accounting procedures (such as advance cargo declaration, digital integration of LACT units) at all crude oil terminals for transparent hydrocarbon accounting.

e.      NUPRC should expedite the deployment and strict enforcement of the Advance Crude Oil Cargo Declaration solution for detection and mitigation of illegal movement of  vessels to ensure adequate revenue generation and optimal crude oil accounting, thus  enhancing  revenue generation for the federation.

f.        NUPRC must ensure that all vessels coming into the Nigerian waters for the purpose of crude oil liftings adhere strictly with Advance Cargo Declaration (ACD) in line with international best practices in collaboration with the Nigerian Navy and other relevant statutory agencies in line with presidential approval.

g.       The Ministry of transportation should immediately withdraw its interference with Advance Cargo Declaration on wet petroleum cargoes in alignment with the statutory mandates of the NUPRC under the PIA.

i.         The Bureau of Public Procurement should expedite all processes of procurement for the Nigerian Upstream Petroleum Regulatory Commission (NUPRC) to ensure immediate deployment of an online realtime monitoring system by the Commission across all upstream oil and gas production platforms to ensure accurate measure of production volume by the producers.

j.        Curtailing crude oil theft should be a collective responsibility thereby well-meaning members of the public must be encouraged to report illegal activities and transactions in stolen crude oil that may come to their knowledge from any part of the world.

k.       Nigeria should seek international financial collaboration to check illegal Letters of Credit used to fund the sale and purchase of Nigerian stolen crude, as such illegal crude sales can only be transacted through the world financial system.

l.         The Senate Committee on Petroleum Resources (Upstream) must ensure effective and periodic oversights of the upstream petroleum sector.

The Committee also recommends that the Senate of the Federal Republic of Nigeria do approve its recommendations accordingly.