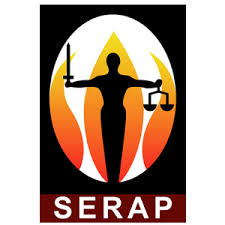 THE Socio-Economic Rights and Accountability Project (SERAP) on Wednesday called on the Federal Government to improve the living conditions of people in Niger Delta.

The News Agency of Nigeria (NAN) reports that a member of SERAP, Dr Olubunmi Afinowi,  gave the advice in Ikeja.

She spoke at an interactive session on “Promoting Transparency and Accountability in the Use of Public Funds in the Niger-Delta Region of Nigeria”.

The session featured launch of a report entitled “We Are All Vulnerable Here: How Lack of Transparency and Accountability is Fuelling Human Rights Violations in Niger Delta”.

Afinowi, who presented an 82-page report at the event, said that  communities in Niger Delta remained in squalor, poverty and environmental degradation.

She said: “Corruption contributes to poverty and consequential suffering of many people in the Niger Delta.

“The right of the people to a clean, safe and healthy environment is routinely violated.

“Extensive social, economic and environmental degeneration has largely affected the lifestyles and wellbeing of the people of Niger Delta.”

Rights campaigner and Senior Advocate of Nigeria,  Mr Femi Falana, urged the Federal Government to release the report of the forensic audit of the  Niger  Delta  Development Commission.

According to him, the release will enable the oil producing community to demand accountability from contractors who collected huge funds and abandoned development projects in the region.

Among those  who attended the report launch are the Speaker of Cross Rivers  House of Assembly, Mr John Etim; Chairman of the Independent Corrupt Practices and other related Offences Commission represented by Dr Grace Chinda; and the Executive Secretary of The Nigeria Extractive Industries Transparency Initiative  represented by its Team Lead (Advocacy), Mr Kareem Lamidi.

Also in attendance were Mrs Dina Sabi, Second Secretary of the Embassy of the Netherlands to Nigeria;  Director-General, Bureau of Public Service Reforms represented by Mr Egbe Ekpe, and the Attorney-General of the Federation and Minister of Justice represented by Mr Raji Rasaki.

The participants expressed commitment to ensuring  full implementation of the recommendations contained in the report.

The research for the report was conducted under Niger Delta Project supported by Ford Foundation.

The report read in part: “While the oil and gas upstream operations span the entire Niger Delta region, the empirical study in this research focused on Delta, Bayelsa and Rivers states.”