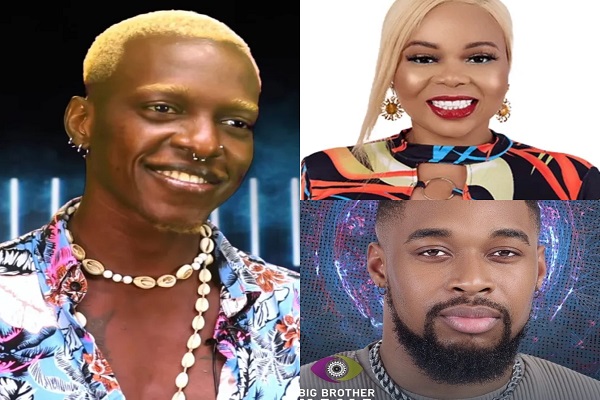 Sheggz and Diana have faulted Hermes’ style of leadership.

Following Hermes’ emergence as the second Head of House after a keenly competed competition on Monday, some of housemates aren’t enjoying his leadership style.

Hermes seems to be getting on the nerves of the level one housemates, who don’t appreciate how he tries to micromanage them.

The housemate with the most piercing in the Level Up season had engaged in a shouting match with Bella over his attitude and approach to tasks.

Bella lamented that Hermes was going about leading the house in a wrong way by addressing and speaking to fellow housemates like they were children.

After a while, Hermes apologised to Bella while trying to make her see the reasons for his actions with a plea to be better.

However, Sheggz and Diana are also not happy with Hermes leadership.

According to Sheggz, Hermes’ way of getting the team ready for the task presentation is unorthodox while Diana thinks he needs to work on his temperament.