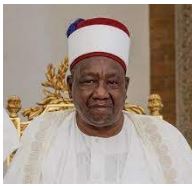 THE Shehu of Borno, Alhaji Abubakar Elkanemi has reiterated the commitment of traditional rulers to sustained polio immunisation.

The Shehu gave the assurance in Maiduguri while recieving members of the Chigari  Foundation, an NGO supporting community engagement by traditional leaders in the north.

El-Kanemi said traditional leaders in the Borno, which is bordering Chad, Niger Republic and Cameroon are aware of the challenges involved and would not relent in mobilising the people to immunise their children.

He said that his Emirate comprising 16 local government areas with 59 district heads, 591 village heads and over 7000 ward heads would continue to do the needful to contain outbreak of epidemics like polio.

He lauded the foundation and its partners like Dangote, Belinda Gates Foundation for their commitment to health issues that is critical to humanity.

Earlier, the Chairman of Chigari Foundation, Dr Muhammed Pate, said he was in the Shehu’s palace to thank the royal father for the roles played by traditional rulers in eradicating wild polio in Nigeria.

Pate who was a former Minister of State for Health, said the visit was also to seek the support of religious and traditional leaders on immunisation.

“It is good that we come to see you because 14 years ago, were struggling as a country with the infectious wild polio virus.

“We came to this palace to get the blessing of our traditional and religious leaders.

“With your blessing, the Northern Traditional Leaders Committee on Primary Healthcare was formed. All traditional leaders in Northern Nigeria worked hard and polio is now history.

“But we still have a lot of work ahead because there are still areas in Nigeria where routine immunisation coverage has not reached,” Pate added.

He said that his team had already paid similar visit to the Sultan of Sokoto and other traditional leaders for more support for immunization . . (NAN)