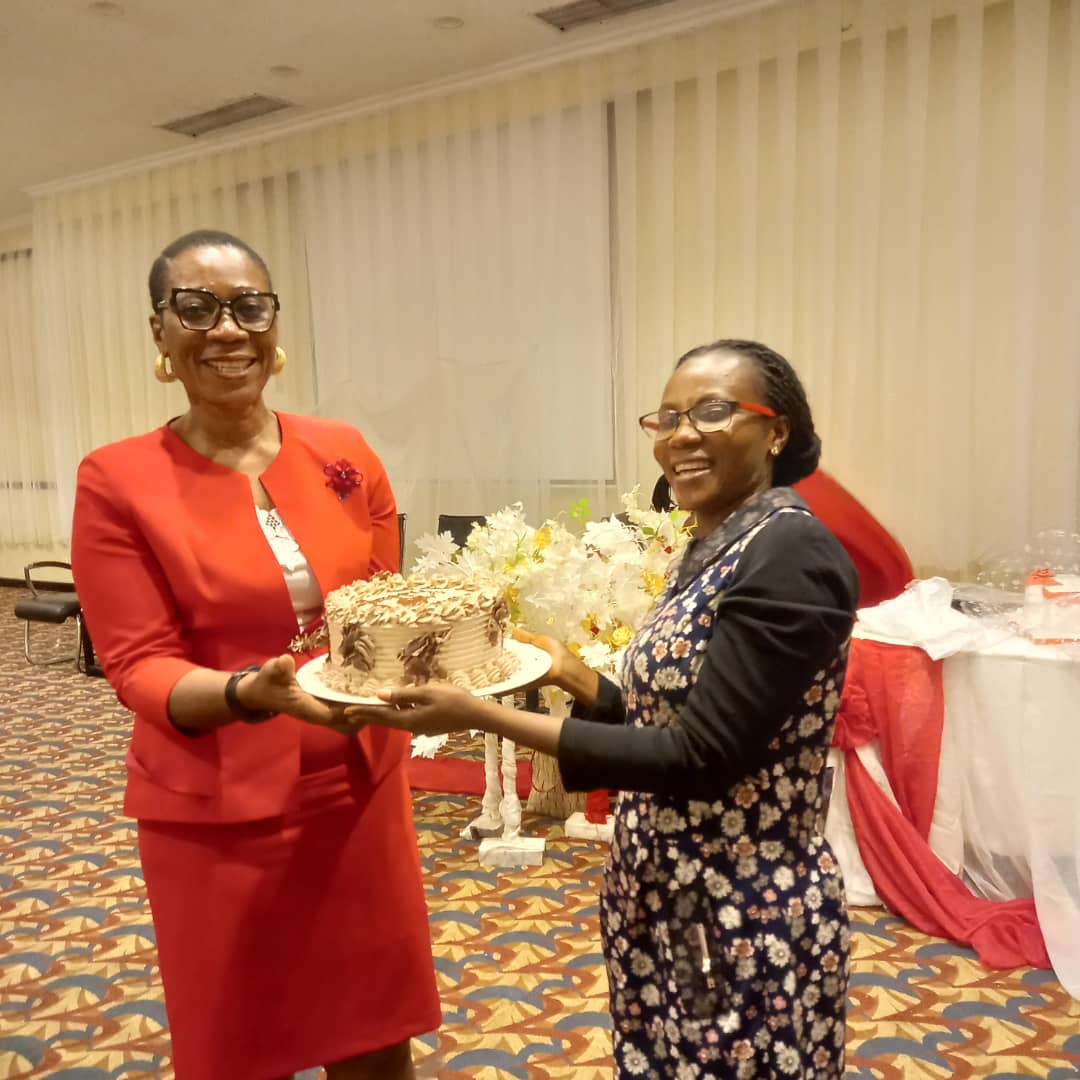 THE staff and management of Sheraton Hotels, Ikeja, Lagos on Thursday presented an anniversary cake to the management and staff of Realnews Magazine at its 10th Anniversary Lecture.

The presentation of the cake was one of the highlights of the 10th anniversary celebrations, which witnessed by media industry players and friends of the company.

The anniversary lecture, which had the theme: “Drug Abuse among Youths in Africa: Implication for Nigerian Economy and 2023 Election” was graced by prominent Nigerians, including Brig.-Gen. Buba Marwa, Chairman of National Drug Law Enforcement Agency, NDLEA, who was the keynote speaker, Elizabeth Ngozi Ebi, GMD of Futureview Financial Services Limited, who also served as the chairperson of the event.

Realnews has so far celebrated nine annual lectures; eight of which have been in Sheraton Hotels.

Titi Akinkumi, an official of Sheraton Hotel, who presented the cake on behalf of the management of the hotel prayed for Realnews to grow to greater height in its reportage.

Accepting the gift, Maureen Chigbo, Publisher, Realnews Magazine, described the gesture of the management of the hotel as a surprise to Realnews, noting that the organization hopes to keep the relationship alive.

Other notable guests at the event included Lanre Ipinmisho; former DG and member of the Presidential Advisory Committee on Eradication of Drug Abuse, Dokun Adedeji; DG Christ Against Drug Abuse Ministry, Nkemakolam Ndionuka; Consultant Psychiatrist and medical director, Tranquil and Quest Behavioral Health, who was also a member of the panel of discussants.

The other dignitaries at the event included members of the fourth estate of the realm – Mustapha Isah, President of the Nigerian Guild of Editors, Veteran journalists Ray Ekpu, Reuben Abati of Arise TV, Paul Ejime, who joined virtually, Martins Oloja, Managing Director and Editor-In-Chief of The Guardian.