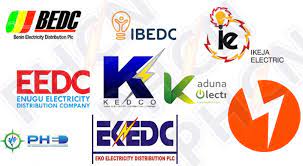 SOME power experts have condemned the increase in electricity tariff, describing it as arbitrary and, therefore, called for immediate reversal of the increase.

The experts who spoke with the News Agency of Nigeria (NAN) in Lagos on Thursday said the sudden increase was illegal.

NAN reports that condemnation have continued to trail the increase in electricity tariffs by power distribution companies (Discos), with consumer groups and industry experts describing the hike as illegal.

Mr Sina Odugbemi, National Coordinator, WhereIsTheLight, an advocacy group, said, “There’s no noble reason for the perennial and at times secret increase in electricity tariff by the Discos beyond their inhuman exploitation.

“Profit, not service, is the focus to these organisations that always breach all rules of engagement with impunity, and the government is condoning such barefaced robbery and lawlessness.

“This points out the evil of privatisation of public utilities, while still using public funds to sustain the same enterprise sold to few privileged individuals,” he said.

Odugbemi said sustainability should not be by exploitation of customers but by quality service.

He said the overwhelming majority of power consumers were still not metered as promised and directed by the federal government.

He wondered how the Discos would continue to hike tarrif when many communities bought transformers, cables and poles themselves.

He said communities still made payments to officials of Discos to fix faults and materials, which is contrary to the guidelines of the Nigerian Electricity Regulatory Commission (NERC).

He said despite this, the Discos claimed ownership of materials such as transformers, poles and wires bought by communities, companies or individuals.

“Is that not crazy and open robbery? he queried.

Prof. Yemi Oke, a legal consultant and energy advisor, said, “This is lawlessness of the highest order. So, we’ll continue to arbitrarily increase tariffs without complying with the provisions of the law? What a shame!

“Things are not done like this in any decent clime. We’re reasonably educated and civilised enough to know what goes on around there. It’s a big shame.”

The professor maintained that the tariff hike was annoying, “We’ve been reduced to nothing as a people and businesses. Not even the decency or courtesy of information and adequate notice was given the the general public before the hike.

“Tariff methodologies have statutory bases. NERC has regulations but it is violating its own regulations by failing to ensure effective regulation of this vital sector.

“Part of regulatory efficiency is to set clear rules and guidelines with clear benchmarks.

“A prudent regulator will not encourage or condone clandestine increase in tariffs. It’s all a failure of direction, leadership and regulation.

“It will never improve sector efficiency or bring out those Discos from technical insolvencies.”

Oke added that Nigerians would continue to play ‘smart’ and protest against the anomaly.

“A responsible regulator will be open, firm and decisive in its actions even if tariffs need to be justifiably increased.

“So, Nigerians don’t have a right to know? We’re now so ‘worthless’ that we keep paying more even when service has not improved.

“Instead of increasing the supply net, we’re over-tasking and over-billing the few existing customers. I can’t wait for Nigerians to stand up to their rights as electricity consumers or customers,” he said.

He was emphatic that every increase in electricity tariff must follow a Multi-year Tariff Order (MYTO), adding that the year 2020 was the last order in a bi-annual review to determine tariff increase.

He said the MYTO must be reviewed and authorise tariff increase after following laid-down rules including wide consultantion.

“This new one shows they’re determined to continue to take Nigerians for granted,” he said.

Mr Samuel Ilori, the National Coordinator, All Electricity Consumers Protection Forum, said there was no genuine reason ever adduced at any time by the regulatory body before approving tarrif increment for Discos.

Ilori said NERC had continuously violated the provisions of the law to satisfy the uncontrollable appetite of Discos for increase under the pretense that it must be competitive and to attract investors.

“In 2016 when the first major increase was done using MYTO schedule 2014, it was glaring that the then minister approved the increase to satisfy the yearning of the Discos.

“Because they said they were not meeting their targets and not could not break even, hence the then minister said it was inevitable and dubbed it ‘bitter pill’ Nigerians must swallow even though it’s approval was in violation of section 76(2)(b) of electric power sector reforms Act, 2005.

“I will advise the government not to renew the almost expired 10 years performance agreement of November 3rd, 2013 signed with the Discos by the President Goodluck Jonathan led administration.

“Enough of blame games and it’s obvious that after ten years, the current investors cannot take us anywhere, hence the contract must not be renewed,” he said.

Ilori said the impression that there was 100 per cent increase in tarrif this new year was wrong, but that there was a systemic fraud pre-approved by the NERC to serve as minor review window legally provided by the MYTO schedule 2014.

He said the MYTO stipulated that minor review must be requested by the Discos every six months after fulfilling some conditions.

“The fraud inherent is that, instead of that bi-annual minor review, the NERC has approved before hand unilaterally a periodic increase from January to December of each year up to 2027 for each Discos without informing the other stakeholders.

“Hence by the documents from NERC, this increment will be witnessed every year from January each year to 2027.

“That’s how insensitive the regulatory body has become and the disdain they have for Nigerian electricity consumers.

“We are prepared to go to court again to challenge the propriety of NERC in granting approval and also demand for reversal as well as refund of all illegal charges to consumers on the basis of yearly tabular increase in the order 205/2020 of September 2020,” he added.

“I have said this a million times, instead of protesting and complaining, if it is not going down well with Nigerians, let us approach the National Assemble to get this reviewed.

”Nigerians should also note that the gradual removal of subsidy in electricity tariff has been successful implemented,” said Adegbenle.

Sanda, explained that the recent hike in tariff only covered consumers under band A and B (customers who are under the service of 16-20 hours on the average), adding that the average increase was in the region of N8.

She said foreign exchange and increase in gas price also contributed to the tariff increase.

Efforts to speak with of officials of NERC proved abortive as they did not answer calls, nor respond to text messages sent to them on the issue. (NAN)