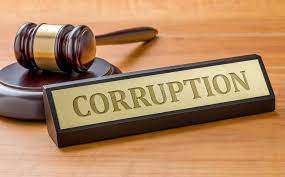 STAKEHOLDERS in the fight against corruption, have called for the adoption of a multifaceted approach if the anti-graft war is to be won.

The stakeholders made the call during a sensitisation programme on promoting accountability and anti-corruption, using behavioural change approach in Kafanchan.

The programme was organised by the Interfaith Mediation Centre, Kaduna, and funded by the Catherine MacArthur Foundation.

Speaking at the event, the guest speaker, Rev. Gideon Mutum, said corruption was a menace which needed to be stamped out if the country was to make any progress.

Mutum called for accelerated sensitisation, media enlightenment, as well as campaigns by relevant government agencies on the dangers of corruption.

He also added that the family, religious and educational institutions were character moulders, who had a key role to play in promoting anti corruption.

In his remarks, Alhaji Isah Abbas, representative of the Jama’atu Nasril Islam, suggested that one way to rid the country of corruption was for people to resolve to always do the right thing.

According to Abbas, attitudinal change will go a long way in changing the narrative about fighting corruption in the country.

On her part, Mrs Phoebe Yayi, Administrator of Kafanchan Municipal Authority, called for a citizens led approach to curb the tide of corruption in the country.

Yayi said government alone could not fight the scourge, and so there was the need for citizens to be actively involved.

She said one of such ways of citizens involvement was to keep track of constituency projects in their communities, and ensure they were executed according to specification. (NAN)