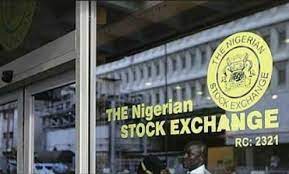 THE Nigerian Exchange Ltd. (NGX) recorded a marginal gain of N6 billion on Thursday due to sustained bargain-hunting.

Specifically, the market capitalisation, which opened at N28.658 trillion, rose by N6 billion or 0.02 per cent to close N28.664 trillion.

Consequently, market breadth closed positive as 29 stocks were on the gainer’s table while 11 on the laggards’ log.

On the other hand, C&I Leasing  led the losers’ chart in percentage terms, losing 10 per cent to close at N3.15 per share.

Chams and  Soverign Trust  Assurance dipped by 7.14 per cent each to close at 26k per share, respectively.

Analysis of today’s market activities showed trade turnover settled lower relative to the previous session with the value of transactions down by 59.32 per cent.

Transactions in the shares of Zenith Bank d topped the activity chart with 18.55 million shares valued at N445.74 million.