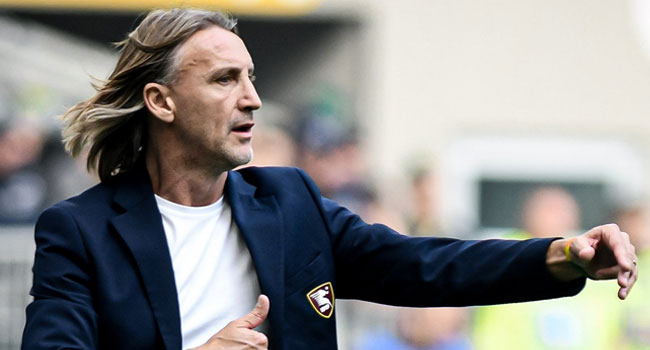 STRUGGLING Salernitana, who were hammered 8-2 by Atalanta at the weekend, have sacked their coach Davide Nicola, the Serie A club announced on Monday.

Sunday’s thrashing made it six games without a win for Salernitana who are 16th in the 20-team Serie A.

Nicola arrived at the club last February when the team was in bottom spot. He generated a revival that saved them from relegation and earned him a contract extension.

“The club thanks the coach for his passion and dedication (and) for achieving the historic goal of staying in Serie A and wishes him the best for the continuation of his career,” Salernitana said in a statement.

In spite of their league position, the Salerno club are still nine points clear of the relegation zone.

It was the sixth coaching change in Serie A this season. Bologna, Monza, Sampdoria, Hellas Verona and Cremonese have already juggled their bench.