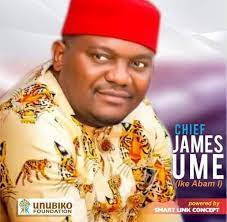 THE founder and chairman of Unubiko Foundation, Chief James Ume, has said philanthropy was about serving humanity and not personal attention seeking.

Ume, who is a nominee for The Sun Newspapers Humanitarian Service Icon Award for 2022, made this known on Sunday in Abuja when he played host to a delegation of the newspaper’s management led by the Managing Director/Editor-in-Chief, Mr. Unuoha Ukeh.

“I believe we are serving humanity, we are serving God, so, we don’t need any self-seeking attention. When you give to people, you are giving back to God,” Ume said.

According to him, as a media owner, it was easy to have taken the path of self-adulation, but that would have defeated the essence of setting up the foundation to impact meaningfully on the lives of others.

“On behalf of my late mother, my dear wife, my children and those who have donated to what we are doing, we have a lot more projects ongoing, to accept this award nomination and I wish to reiterate that this is a clarion call to do even more as a foundation in serving our people and humanity.”

Earlier, the MD of the newspaper, Mr. Ukeh, while presenting the letter of award, said Mr. Ume’s “selection for this award was based on merit because of your outstanding humanitarian service gestures, which have touched the lives of many people.”

He stressed that “the Humanitarian Service Icon Award is reserved for that man or woman who has done much to give succour to the indigent and the downtrodden.”

Part of the award letter reads, “We know that as a way of giving back to the society, you set up the Unubiko Foundation to reach out and give hope to the needy. Ever since, you have made giving a culture, which has been demonstrated without boundaries.

“You have empowered hundreds of widows, awarded no fewer than 200 scholarships for students in Arochukwu Local Government Area, paid WAEC fees for all students in Atan-Abam in 2020, and donated 100 brand new laptops to trainees in digital economy.

“You have also provided transformers to aid rural electrification, financed 44 boreholes for the 27 villages that make up Abam, among other philanthropic projects.

“We are aware that in 2020, at the peak of COVID-19, you distributed PPEs to all the communities in Abam, Arochukwu LGA of Abia State, donated PPEs to Federal Medical Centre (FMC), Umuahia, donated books worth over N6 million to the Nigerian Union of Journalists (NUJ) National Secretariat as well as the Abia and Abuja Councils, paid medical bills for the indigents running into hundreds, and sponsored several journalism capacity building trainings.”

The letter further stated that owing to the founder’s “immense contributions to Abia State and community development efforts,” he was “singled out for commendation by Governor Okezie Ikpeazu in a personally signed letter. This was followed by your installation as “Ike Abam’’ by the 27 autonomous communities in early 2021.”