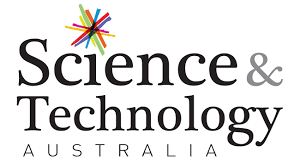 TO mark the launch of the National Science week in Australia, the nation’s peak body for science and technology, Science and Technology Australia (STA), has revealed the public’s high rates of trust in science.

The results, released on Thursday, came from a global survey, the 3M State of Science Index, which was conducted across 17 countries in early 2022 with over a thousand respondents per country.

It found that nearly nine out of 10 Australian respondents trust science and scientists, a higher rate than many other nations around 85 per cent in the United States.

“Australians strongly value and trust science, and we see clearly how important science is to our safety and prosperity,’’ said STA CEO Misha Schubert.

“Science has saved us time and again during the COVID-19 pandemic and Australians appreciate science’s key role in helping us tackle major threats.’’

Four in five Australians said they wanted to hear more from scientists, but just half believed science was important to their everyday life.

Schubert said distrust in the media was leading to growing mistrust of science information, with nine in 10 Australians believing there is widespread misinformation on all topics on social media.

“We live in an era of general wariness and distrust of information, especially on social media which is feeding into a rising tide of concern about social media misinformation.

“The risks that are fuelling public scepticism in science unless we all act to safeguard it,’’ she said.

Eleni Sideridis, managing director of 3M Australia and New Zealand, said the pandemic has allowed Australians to see the value in science.

Both in the face of the current public health crisis and in tackling future climate change.

“We have seen a global pandemic unfold, the impacts of climate change and increasing weather events firsthand.

“The people of Australia know that science holds the solutions to many of these issues,’’ she said.

She added that it was important the scientific community engaged the public in a clear and transparent way.

The National Science Week runs each year in August and hosts a variety of events across the country to inform and entertain the public. (Xinhua/NAN)