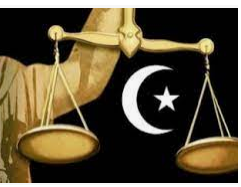 THREE teenagers, Salisu Zakari 18, and two minors, aged 15 and 16, were on Wednesday docked at a Shari’a Court in Magajin Gari, Kaduna for allegedly stealing clothes and fabrics.

The defendants, residents of Tudun Wada area of Kaduna State, however, pleaded not guilty to a three-count charge of criminal conspiracy, burglary and theft.

Zakari and other two teenagers said that they found the goods in an uncompleted building and took six trousers and three shirts, not knowing that the goods were stolen.

“We didn’t break any shop, we didn’t steal. We only took some clothes because they are sport wears and we play football,” they said.

Earlier, the prosecutor, Insp Ibrahim Shuaibu, said that on Aug. 8, one Musa Ali came to the police station in Tudun Wada to report theft.

Shuaibu stated that the defendants were involved in criminal conspiracy, breaking into nominal complainant’s shop and committed theft.

The prosecutor said they were seen wearing some of the stolen clothes, a situation which led to their arrest.

He prayed the court to give him time to present witnesses.

The Judge, Malam Rilwanu Kyaudai, granted bail to the defendants on the condition that they provide two reliable sureties each.

He adjourned the case until Aug. 25, to enable the complainant to present the witnesses. (NAN)