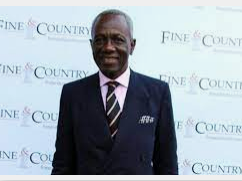 THIS is obviously a crucial point/crossroads in the chequered history of our nation. The Last Mile of the election/democratic cycle has crept up on us. We are at our most vulnerable economically, financially and every otherwise ranging from terrorism, banditry, kidnapping, sabotage, and fear as well as INSECURITY of lives and properties. Everywhere, poverty and crimes have taken over vast swathes of our sovereign territory. In the East, some warlords have declared that elections will not hold while in the North, some Local Government Areas are directly under the control of bandits who extort taxes and levies from hapless and utterly bewildered citizens.

What we are confronted with are the old demons of ethnic jingoism and religious intolerance superimposed on corruption and lawlessness.

The stark choice before us is whether to conclude that our nation is already beyond redemption/salvation or to summon our collective patriotism which would compel us to intervene to restore peace, order and justice. What looms on the horizon is a fierce competition between anarchy and chaos that would rapidly take us back to the civil war which raged from 1967 to 1970. The massive loss of three million lives and millions more of limbs would have been in vain if we are now still battling with the same issues (and worse) over fifty years thereafter.

If we fail to intervene now, no matter the cost, our children and grandchildren will not forgive us. The mutual suspicion and gaslighting have already commenced in earnest.

The already toxic environment is being further contaminated with influx of drugs, weapons and ammunition on an unprecedented scale. The gathering storm is of truly epic dimensions.

We have been thoroughly clinical with the SRESS TEST as a precursor to the forthcoming elections and we have had to restore to AI (Artificial Intelligence); computer simulations; scenario planning; machine reading and analytics.  The outcomes are consistent – the ALARM BELLS are ringing.

The red flags are everywhere. We are neither blind nor deaf.

Our patriotic duty is a sacred obligation – to intervene before it is too late rather than wait until the crisis has crystallized into conflagration which would rapidly engulf our entire nation.

This is the most expensive election in the history of mankind. If we are lucky we may have a “winner” but nobody appears ready to be a loser.

Already, the buying of voters cards has become a large – scale industrial enterprise.

The results of the stress test across the main pillars of Government:

The “Daily Trust” newspaper editorial of January 3, 2023 has provided some of the irrefutable evidence/data.

Abuse Of CBN Ways And Means

“Last week, the Senate rejected President Buhari’s request for approval to restructure the government’s debt owed the Central Bank of Nigeria. The debts were accumulated through the apex bank’s overdraft to the government, otherwise known as Ways and Means. In his letter to the Senate, President Muhammadu Buhari explained that the amount involved was N22.7trn, made up of advances given by the CBN to the government over the last 10 years, and another one trillion naira billed to be raised as a new domestic loan.

It is clear that given its fiscal challenges, the government has no plans right now to repay the loans, which raises the question of how the loans were allowed to accumulate to this extent in the first place.

Section 38 of the CBN Act of 2007 as amended recognises that the federal government can have a “temporary deficiency of budget revenue” for which the Bank “may grant temporary advances” to the government. But sub-Section 2 puts a clear cap on the amount that can be so advanced to the government, stating that the “Total amount of such advances outstanding shall not at any time exceed five per cent of the previous year’s actual revenue of the federal government”.

The next subsection is also quite clear on the repayment of such advances, stating clearly that they shall be repaid “As soon as possible and shall, in any event, be repayable by the end of the federal government’s financial year in which they are granted and if such advances remain unpaid at the end of the year, the power of the Bank to grant such further advances in any subsequent years shall not be exercisable unless the outstanding advances have been repaid”.

Clearly, if the above provisions of the law regulating the Central Bank’s operations had been adhered to by all the persona dramatis involved in this saga of borrowing and lending, there would have been no drama at the National Assembly. The Assembly, in our view, feigned ignorance of the disregard of the extant law in respect of CBN’s advances to the government, while the government itself has been having a field day borrowing endlessly and without restraint from the CBN.

For instance, in the first six months of 2022 alone, CBN doled out a whopping overdraft of N2.5trn to the government. That is 46% of the N5.4trn revenue the government made in 2021, and thus far more than the threshold of 5% of revenues (N273.5 billion) allowed by law. It is therefore evident that strict adherence to the provisions of the Act would have prevented this current imbroglio, where the government finds itself in a difficult situation to deal with the debt it has accumulated.

Daily Trust believes that too many wrongs have been committed on this matter. First, by the CBN submitting to the government’s demands, without summoning the courage to assert its independence by pointing to the provisions of the law. We need to state here that a Central Bank must maintain its independence from the government if the country’s financial system is to be healthy and stable.

Second, the executive has displayed a crass disregard for the laws of the land by flagrantly abusing its power and contravening a known law. Its penchant for “free” money from the central bank obviously blinded its ability to realise the deleterious impact of its actions.

As the 9th Assembly comes to a close, Daily Trust calls for a complete overhaul of the committee system in the National Assembly. Had the committees been more effective, such open disregard of fiscal regulations in the country would not have persisted over ten long years. If the National Assembly hopes to retain its relevance in the emerging political realities, it must rise to the challenges of ensuring that the right things are done, and where infractions are recorded, the culprits are brought to book

In the meantime, the federal government must intensify its efforts and make clear how it hopes to restructure the debts before the exit of this administration.”

Our intervention may not be limited to pressing the PAUSE button or negotiation of a CEASEFIRE or TRUCE but rather a bold initiative anchored on CONSENSUS- in order to avert anarchy and chaos.

The international community is already preoccupied with Ukraine and the next round of COVID-19.  Hence, there is no guarantee that they would have sympathy or time for Nigeria’s self-inflicted tragedy.

If we treat our nation as an abandoned project, we cannot blame the rest of the world for turning a blind eye or deaf ears.

Regardless, we must recognize that the eternal optimists amongst us insist that democracy (elections) is like pregnancy—awkward in conception, painful in delivery, and glorious when the outcome is a bouncing baby full of hope, and energy.