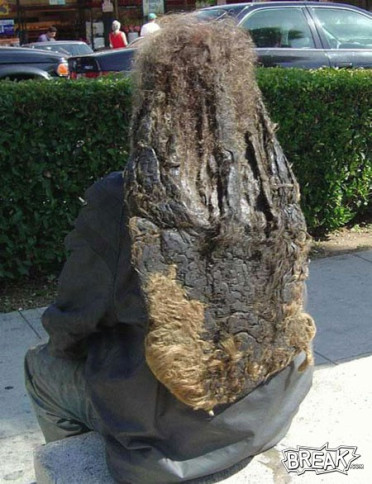 Keeping of dreadlocks has been a universal practice that cuts across spiritualists of all faiths and backgrounds. For some people, the dread locked hair was associated with children who were born with tangled hair, tough and resilient, hard to comb and difficult to maintain. The long time effect was the hair that was matted and tangled by a long time of neglect resulting from difficulty in combing it.

THE wearing of dreadlocks has been associated with cultural and spiritual practice. A child born with tangled hair was previously assumed to be different. He is called different names by different people, the beliefs and myths surrounding dreadlocks are very much the same.

Among the Igbos, for example, children born with dreadlocks are called ‘Ezenwa’ (child king), a name that expresses the toughness of the hair, difficult to comb and the shape of the hair, how it sits on the head like a crown. But not much is said about the child born with knotted hair in the north and among the Hausa’s, but the Imam would rather have the hair shaved-clean days after birth.

The Yorubas call them ‘Dada’, which simply describes a person born with matted hair.
The Dada children are regarded with so much reference that they are believed to possess spiritual powers of healing and prophecy. Traditionally, these children are considered to be the descendants of gods and are in the past offered back to the gods to serve in shrines.

In those early stages, Dada children were treated like kings. This practice is common in the West and the East of the country and the beliefs and myths surrounding the pampering of these children were usually the same.  It was believed that until the hair is cut, no one must touch the child’s head except the mother. For some people, touching the hair would make the child sick and if it is touched mistakenly or any other way, money was then given to the child or a cowry is tied to the hair to avoid any form of sickness or death.

Until recently, the hair cannot be cut without the child’s consent and certain rituals were often performed by the priests. In some cases, the child should be old enough to decide. Often, it was accompanied with sharing of food to family members and neighbors.

According to Emeka Walter Dinjos, a fictional writer… his dada had to be shaved three times before the normal hair began to grow, and because his parents were not so superstitious, his dada was shaved without any of the required ceremonies and he survived it.

The Place of Religion

The introduction of religion did not bring about noticeable changes in beliefs and rituals associated with dada. Rather it transferred the responsibility of performing these rituals to the Reverend Fathers, the Pastors, the Priests or the Imams as the case may be.
Thus, while these beliefs may be losing its cultural and traditional backing, it has continued to survive through religion.

A visitor to Matogun, Oke-aro, Ijoko and Ifo communities of Ogun State will observe that most male children there have dreadlocks or Dada as they are popularly referred to. They are usually everywhere. Ijoko, a Christian community is mostly dominated by the white garment churches and these children and their parents are mostly members of these churches. It is gathered that these churches have been aiding the sustenance of these beliefs.

Apart from these beliefs, not all children with ‘Dada’ are actually born with tangled hairs and that anyone can have dreads. When we leave our hair long enough without combing it, it eventually tangles and turns into a dread. However, there are still a small number of these children born in the form of the Biblical Samson; whose hair must not be shaved.

Miss Deby, a member of a Cherubim and Seraphim Church and the mother of a two -year old baby born with the Dada said: ”I didn’t leave my baby’s hair uncut because my pastor asked me to. I once cut her hair when she was a few months old and it made her very sick and I have been warned never to cut it again until she is old enough to decide what she wants with the hair.” According to her, the hair eventually grew back as dread.

It is not easy to say exactly when most of these cultural beliefs started among the different people in the country or when the believes began to wane, but those who have lived long enough can tell that the sanctity or otherwise of the potency of traditional believes has continued to be eroded by civilization, education, religion and in most cases, the superiority of time…

Today, the wearing of dread is no longer an expression of deep religious or spiritual convictions, nor is it a manifestation of ethnic pride. It is simply a fashion or a signature statement. People wear it today just as part of fashion, especially among the youth.
It is no longer startling to see young people wearing various styles of the deadlock. It is considered fashionable and makes up for special trendy outlooks.

The culture of wearing dreadlocks today is mostly fueled by celebrities and their lifestyles. Some contemporary Nigerian musicians ranging from Olamide, Phyno, Burnaboy, Joeboy, Fireboy, Rema, Yung6ix, Flavour and so many others are known for their dreadlocks and this may be the reason for the growing trend in dreadlocks today.