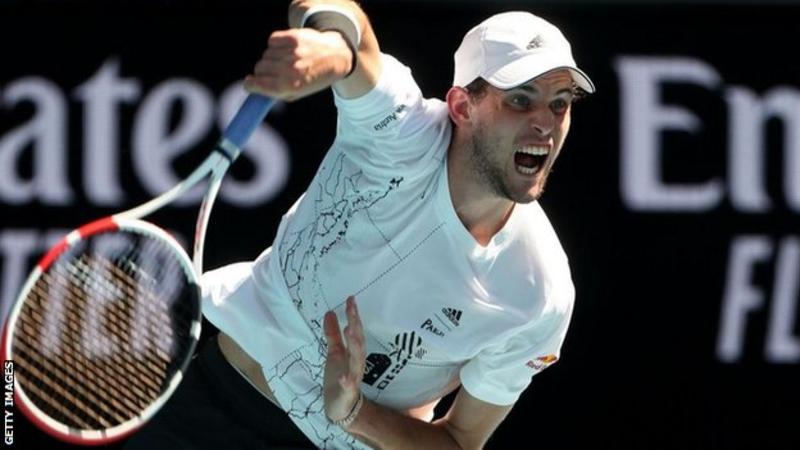 Dominic Thiem was beaten in the 2020 final by Novak Djokovic

DOMINIC Thiem on Tuesday crashed out of the Australian Open first-round 6-3 6-4 6-2 to fifth seed Andrey Rublev.

Thiem said he was satisfied with his level of performance during the game before an abdominal injury took the wind out of his sails.

Thiem broke the Big Three’s stranglehold on Grand Slam titles when he won the 2020 U.S. Open but a wrist injury in 2021 sidelined him for months and he has struggled to get back to the same level after the injury.

The 29-year-old Austrian said he was “happy with that performance” against Rublev until he tweaked an abdominal muscle on serve in the second set.

“The sun was – I was in a tough position to serve, so I completely changed the toss and something happened after at the abs or at the ribs.

“It’s just a little inflammation or a little strain … Obviously not the best timing and in the middle of the second set, but it is what it is.

“But honestly, I don’t think that even at 100 per cent, I’d be able to beat Rublev yet, he is top-five seed here – even in a really fit situation.

“It would be very, very tough to beat him and with the issue like the abs, it’s going to be almost impossible,”Thiem told reporters.

Thiem, however, is confident of rediscovering his 2020 form after a difficult season last year when the clay court specialist struggled to win matches on the second-tier Challenger Tour.

“But things changed, especially towards autumn, towards the last tournament of the year. There I was playing pretty decent.

“This tournament doesn’t change anything because I just had a really tough opponent,” Thiem said. (NAN)