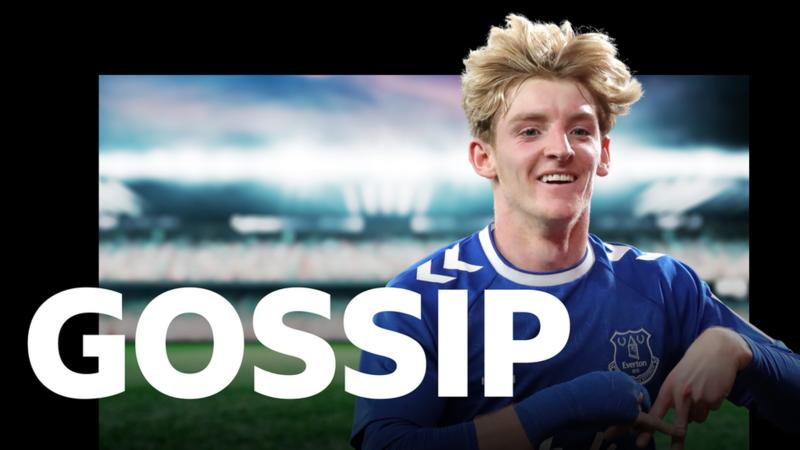 CHELSEA are ready to drop their interest in Everton and England Under-21 winger Anthony Gordon, 21, while Newcastle also do not want to become embroiled in a bidding war.

Gordon has not handed in a transfer request at the Toffees despite missing the last two days of training.

Newcastle are looking at Chelsea forward Hakim Ziyech, 29, as an alternative to Gordon as they are unwilling to pay Everton’s £60m asking price.

Everton are also interested in the Morocco forward and could make a move if Gordon does leave.

The Blues are ready to compete with Liverpool to sign Wolves’ Portugal international midfielder Matheus Nunes, 24.

Everton’s talks with Argentine Marcelo Bielsa about being their new manager have reached an impasse with former Southampton boss Ralph Hasenhuttl another option.

AC Milan are one of the clubs monitoring Manchester City and Portugal full-back Joao Cancelo, 28.

Tottenham are closing on a deal for Spain full-back Pedro Porro, 23, who plays for Sporting.

Everton are looking at former Stoke and West Ham striker Marko Arnautovic, 33, who plays for Bologna.

Southampton have had a bid for Luton Town’s English full-back James Bree, 25, accepted.

Crystal Palace are weighing up a bid for 23-year-old Bristol City and Ghana forward Antoine Semenyo.

Brighton full-back Tariq Lamptey, 22, could leave this month with Lyon among clubs interested.  Sporting have approached the Seagulls about a loan deal for the Ghana international.

Barcelona could sell Spain forward Ferran Torres in the summer. The 22-year-old only joined from Manchester City