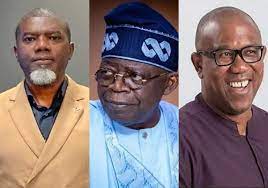 According to Omokri, Tinubu’s wealth has an overwhelming impact, which remains unmatched to that of Obi.

He noted that the wealth is within the shores of Nigeria in every sector of the economy, creating opportunities for many.

But for the former Anambra Governor’s wealth, the tableshaker insisted, has no impact on the economy on the country as it’s ‘hidden offshore’.

He shared the screenshot of a publication titled: “PANDORA PAPERS: Inside Peter Obi’s secret businesses – and how he broke the Law.”

He wrote: “How is Obi better than Tinubu? Tinubu may carry his money in bullion vans, but at least his money is in Nigeria, circulating in our economy and creating opportunities here, unlike Obi’s money that is hidden offshore. You don’t GIVE shishi, but you HIDE it! Abi I lie?”