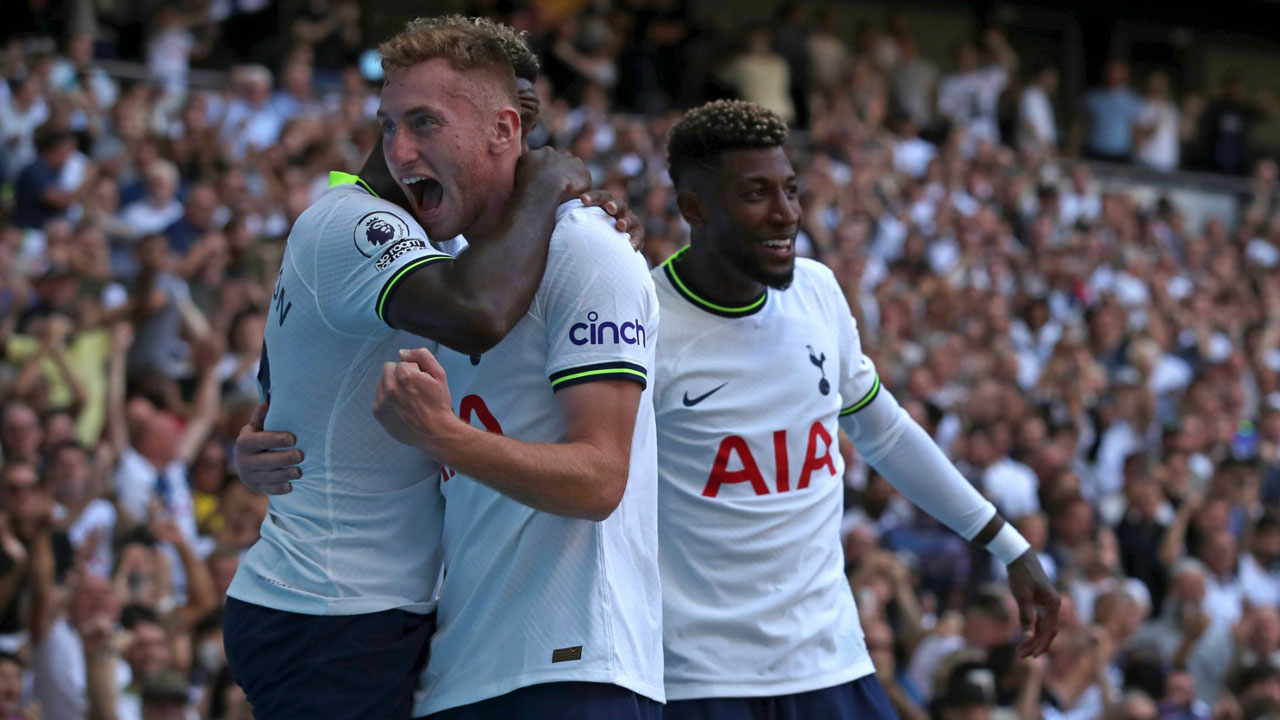 TOTTENHAM lived up to pre-season hype they could challenge for the Premier League title by going top of the table on the opening weekend of the season, but face a truer test of their credentials away to Chelsea on Sunday.

Antonio Conte has been heavily backed in his first full season as Spurs boss with the signings of Richarlison, Yves Bissouma, Ivan Perisic, Djed Spence, Clement Lenglet and Fraser Forster in the transfer window.

But none of the six new faces started in an impressive 4-1 win over Southampton to underline the strength in depth now on offer to Conte.

Spurs, though, have only won once in the league at Stamford Bridge in 32 years and beating the Blues would send an early season statement of intent that they can bridge the gap to Manchester City and Liverpool.

Chelsea also got off to a winning start in less flamboyant fashion as they needed a Jorginho penalty to see off Everton 1-0.

Thomas Tuchel has demanded an improvement this weekend, but believes Chelsea will get better as the season goes on after a turbulent 2022 that saw the club suffer sanctions before Todd Boehly’s consortium took control from Roman Abramovich.

The American has not held back in backing Tuchel with the signings of Raheem Sterling, Kalidou Koulibaly, Marc Cucurella and Carney Chukwuemeka.

And Sterling believes Chelsea are also on the up as he outlined his reasoning for leaving Manchester City on Thursday.

“You look at Chelsea in the last couple of years, it’s four or five finals that they’ve been in,” said the England international.

“It’s a team that shows that they are competing and they’re only going to get better. So with the new ownership and the takeover it made a lot of sense.”

Pressure on Gerrard, Lampard
Former England teammates Steven Gerrard and Frank Lampard go head-to-head on the touchline for the first time on Saturday as Aston Villa host Everton with both seeking their first points of the season.

Gerrard’s decision to strip Tyrone Mings of the Villa captaincy and drop the England international for a desperately disappointing 2-0 defeat to promoted Bournemouth on Saturday has upped the pressure on the former Liverpool captain.

Expectations were high for Villa in Gerrard’s first full season after Diego Carlos and Boubacar Kamara turned their backs on Champions League football with Sevilla and Marseille respectively to sign over the summer.

But Gerrard’s men have won just two of their last 12 Premier League games dating back to last season and those were against relegated Norwich and Burnley.

Everton only narrowly avoided the drop last season and another difficult campaign lies ahead with Richarlison sold to Spurs and England striker Dominic Calvert-Lewin out injured for the first six weeks of the season.

Despite the Toffees struggles to comply with financial fair play, Lampard has been given the resources to bring in Belgian midfielder Amadou Onana from Lille and Conor Coady on loan from Wolves this week.

Man Utd face Bees sting?
Manchester United had arguably the worst opening weekend of all as Brighton won for the first time at Old Trafford to burst any bubble of optimism for a fresh start under Erik ten Hag.

The Dutch coach’s decision to start Christian Eriksen in an unfamiliar role as a false nine has been criticised after the Dane shone once he was restored to his normal midfield role in the second-half.

Ten Hag is badly in need of a response at Brentford this weekend and has a big decision to make on whether to recall Cristiano Ronaldo to the starting line-up.

The five-time Ballon d’Or winner started on the bench against Brighton due to a lack of pre-season training as he looks for an exit to join a Champions League club before the end of the transfer window.