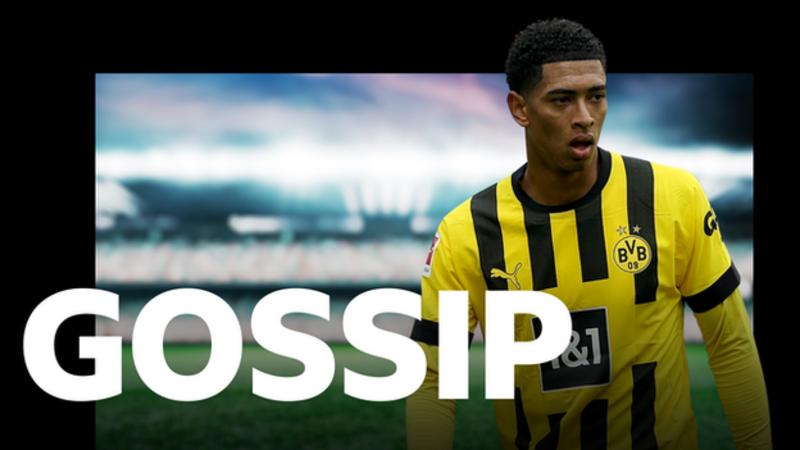 CHELSEA have joined the race to sign England and Borussia Dortmund midfielder Jude Bellingham – the price for the 19-year-old is set to be £130m, with Liverpool and Real Madrid also interested. (Telegraph – subscription required)

Paris St-Germain forward Lionel Messi, 35, could return to Barcelona according to vice president Eduard Romenu, who told Spanish radio station El Mati de Catalunya Radio that a move for the Argentina striker could be “viable.” (Sun)

Manchester City are planning talks with their unsettled Portugal midfielder Bernardo Silva to find out if he will try to move again at the end of the season, with the 28-year-old having expressed a desire to leave for the past two summers. (Mail)

Arsenal are still interested in signing 24-year-old Douglas Luiz from Aston Villa to replace the injured Ghana midfielder Thomas Partey, 29. Gunners boss Mikel Arteta failed to bring in Luiz in the summer but is set to make a third bid for the Brazil midfielder, after having two rejected on transfer deadline day. (Sun)

Barcelona are interested in Manchester City and Germany midfielder Ilkay Gundogan, with the 31-year-old only having one year left on his contract. (Sport)

Everton forward Anthony Gordon was heavily linked with Chelsea during the summer but the 21-year-old England Under-21 international says he “was never desperate to leave” the Goodison Park club. (Metro)

Wolves have reportedly signed Chile midfielder Dario Osario from Universidad de Chile for a fee of £5.5m with Real Madrid and Manchester City previously being linked with the 18-year-old. (Express)

Can you name these seven Premier League players?

Paris St-Germain president Nasser al-Khelaifi said Barcelona’s asset sales in the summer to fund signings were “not fair” and suggested Uefa should investigate their legality. (ESPN)

Tottenham are set to sign Sweden forward Dejan Kulusevski, 22, on a permanent deal when his loan from Juventus expires. (Fabrizio Romano)

Atletico Madrid are considering a move for Manchester United goalkeeper David de Gea with the 31-year-old Spain international’s contract coming to an end at the end of the season. (90min)

Everton have told Venezuela striker Salomon Rondon, 33, he is free to find a new club in January after failing to secure a move this month to Turkey. (Football Insider)

Christian Pulisic no longer wants to leave Chelsea after being linked with various clubs, including Manchester United, over the summer. The appointment of Graham Potter at the Blues means the 24-year-old US striker thinks he has a chance to establish himself. (Evening Standard)

Chelsea want to sign Slovakia defender Milan Skriniar from Inter Milan with the 27-year-old’s contract set to expire at the end of the season. (Calciomercato – in Italian)

The takeover of Bournemouth by Las Vegas businessman Bill Foley is close to completion and could be finalised within the next seven days. (Mail)