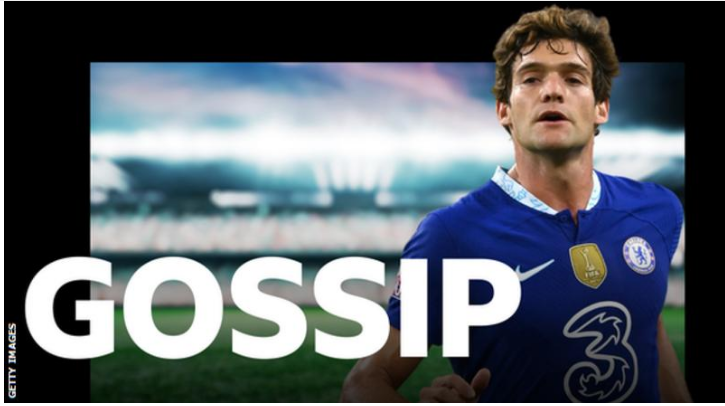 BARCELONA remain in talks with Chelsea over Spain left-back Marcos Alonso and are confident of reaching an agreement to sign the 31-year-old.

Alonso has said his goodbyes to staff at Chelsea‘s Cobham training ground as he looks to seal his transfer this weekend.

Everton are set to beat West Ham to the signing of Belgium midfielder Amadou Onana, 20, from Lille.

Tottenham are planning to complete a deal with Udinese for 19-year-old Italian defender Destiny Udogie next week.

Barcelona and Netherlands midfielder Frenkie de Jong, 25, is prepared to remain with the Spanish club on a reduced salary despite interest from Chelsea and Manchester United.

Staying in claret and blue…

Wolves manager Bruno Lage expects Spanish winger Adama Traore, 26, to stay at the club and be part of his squad for the new season.

Nottingham Forest have made an enquiry to take Red Bull Leipzig’s Spanish full-back Angelino, 25, on loan.