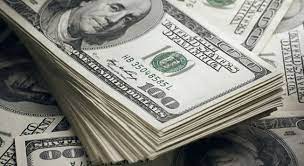 Parents are also affected as they are finding it difficult to access the dollar for remittances of school fees and upkeep allowances for their children.

Forces behind the shortage

Daily Trust investigations revealed that it is extremely difficult to access the dollar because the demand far outweighs supply, forcing some banks to extend the request period for PTA/BTA from two weeks to eight weeks.

But other sources said the CBN had tightened the processes of getting the dollar because some unpatriotic Nigerians have been abusing the process.

A source said investigations by the apex bank showed that many people had no plan to travel anywhere or to remit money abroad for legitimate purposes but yet forge papers and apply for the foreign currency only for them to hoard it or sell it at the parallel market.

Recall that the CBN had deployed an electronic Form ‘A’ to expedite applications for PTA/BTA, medicals, education and other remittances.

The CBN assured Nigerians that all legitimate requests for foreign currency for eligible transactions would be fully met at the official exchange rate.

However, Stanbic IBTC Bank recently sent a message to its customers stating that it requires six to eight weeks before it can process the request for dollars.

“To serve you better, please be informed that we now require six to eight weeks to process your FX needs for international school fees, upkeep and medical payments. This will enable us to review your requests in line with regulatory requirements and ensure that we can source for FX to fulfil them,” it stated.

In Kano, many students and people on medical and business trips looking for official forex from banks narrated that they have been experiencing difficulties in getting dollars since the introduction of the new strategy.

They alleged that there were middlemen always working within the banks who were complicating the process thereby leading to difficulties.

Abdullahi Ahmad who had finished his preparations and the requirements to travel to Dubai for medicals said he could not get the $4, 000 he applied for over two weeks.

“I have only two weeks for my Dubai Visa to expire and yet I didn’t get the dollar from my bank. When I contacted my elder brother, he then contacted a bank manager, who later promised to give me $4,000 at the end of this week. But that is not enough, she (the bank manager) said I have to pay N340, 000 as a kickback to be able to get the money,” he said.

He said although he accepted to pay that amount, he was not sure of getting the money as his visa expiration date was fast approaching.

A marketer at the BDC market in Kano, who chose not to be named, said the banks have crippled their businesses and forced the dollar to be scarce leading to the high exchange rate in the parallel market.

He alleged that the banks now only give dollars to people who add a huge amount of money, adding that it has led to the hike in the price.

A top source in one of the banks in Lagos, who does not want his name in print, said the scarcity has led to rationing.

“It is an open secret that we have shortage but we are trying as much as possible to meet genuine demand of people. So, we prioritise from the most critical as we can’t meet all the demand.  We look out for the most urgent need,” he said.

He said the banks also have to battle fake applications in some instances.

“Many of the applicants are not going anywhere but they use different methods to apply for the dollar,” another banker said.

“You see them forging medical records, fake admission letters and others all in an effort to deceive us and get the scarce currency,” he said.

Asked if there was any way to solve the problem, he said, “The most important thing is to encourage export so that our earnings would increase. The federal government and the security agencies must also put some measures to track and prosecute offenders.”

However, Mavis Ikpeme via her Twitter handle, @mavisikpeme, lamented the difficulties in getting PTA/BTA from banks, noting that Nigerians were forced to patronise the black market.

“You can’t even file for PTA/ BTA from banks. Nigerians travelling are forced to patronise the black market. You can hardly cash USD from a dorm account too. Is the CBN not aware of these atrocities perpetrated by banks? These are part of the issues?” she said.

“The actual problem is genuine applicants for PTA are not getting it. With excuses of dollars not being available or the queue being so long it couldn’t get to your turn before your travel date. Meanwhile, BDC agents are getting dollars directly from these banks,” she posted via her handle, @olayinkaBiu

The CBN has however assured that it was tackling the scarcity nightmare, even as it advised against succumbing to the speculative activities of some players in the exchange market.

The Director, Corporate Communications at the CBN, Mr Osita Nwanisobi said the apex bank remained committed to resolving the foreign exchange issues confronting the nation and as such has been working to manage both the demand and supply side challenges.

While admitting that there was huge demand pressure for foreign exchange to meet the needs of manufacturers as well as those for the payment of tuition, medical fees and other invisibles, Nwanisobi said the CBN was concerned about the international value of the naira, adding that the monetary authority was strategising to help Nigeria earn more stable and sustainable inflows of foreign exchange in the face of dwindling inflows from the oil sector.