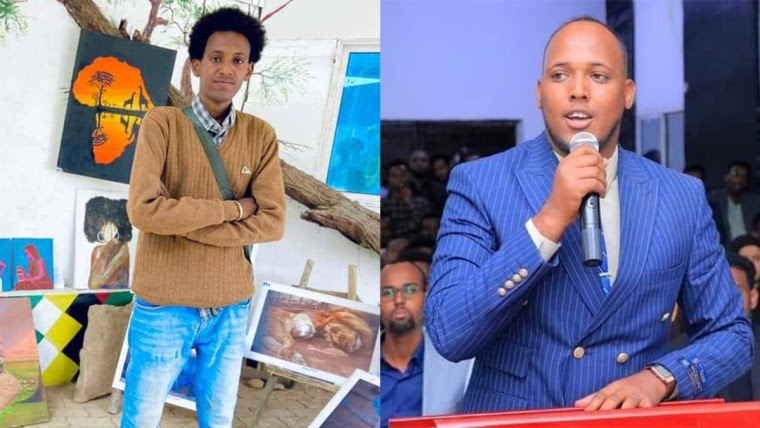 THE Authorities in the breakaway region of Somaliland should unconditionally release journalists Ahmed-Zaki Ibrahim Mohamood and Abdinasir Abdi Nour and refrain from prosecuting the press for covering matters of public interest, the Committee to Protect Journalists said on Wednesday.

On Thursday, August 11, police arrested Horyaal 24 TV broadcast reporter Ahmed-Zaki and cameraman Abdinasir while they covered opposition protests in the region’s capital, Hargeisa, according to separate statements by the Human Rights Center, HRC, a local non-governmental organization, and the Somaliland Journalists Association, SOLJA, a press rights group, as well as Horyaal 24 TV owner Mohamed Osman Mireh, who goes by Sayid and spoke to CPJ via messaging app.

“The frequency with which Somaliland officials throw journalists behind bars is alarming. This trend of criminalizing the work of the media should end,” said Muthoki Mumo, CPJ’s sub-Saharan Africa representative. “Authorities should unconditionally release Horyaal 24 TV journalists Ahmed-Zaki Ibrahim Mohamood and Abdinasir Abdi Nour and stop targeting the press for their work.”

During the August 11 opposition protests–over an alleged attempt to postpone the region’s presidential elections–several people were killed, Somaliland authorities disrupted internet access, and police arrested at least 100 people, according to media reports and a statement by the digital rights group Access Now.

On Monday, August 15, police took Ahmed-Zaki, Abdinasir, and several others arrested during the demonstrations to a regional court and accused the journalists of participating in the protests, according to Sayid. Police did not file charges, and the court ordered Ahmed-Zaki’s release after learning he was a journalist, Sayid told CPJ, adding that he did not know why the court did not order Abdinasir’s release.

Police did not release Ahmed-Zaki, Sayid told CPJ, adding that he did not know the authorities’ justification for continuing to hold him behind bars. In its statement, SOLJA said security agencies did not disclose which crimes the journalists were accused of committing.

Ahmed-Zaki and Abdinasir were transferred to Mandhera Prison, about 60 miles (95 km) northeast of Hargeisa, later that day, according to Sayid and an HRC tweet.

CPJ has documented several recent press freedom violations in Somaliland, including a ban on the BBC in July and the arrests of at least 18 journalists in April.