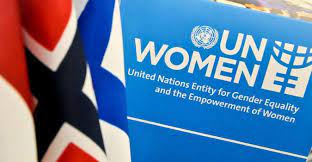 WOMEN Humanitarian and Peace Fund (WHPF) and the UN Women have commenced the training of women and girls on early warning and alternative dispute mechanisms in Adamawa.

The training, organised in partnership with the Association of Disaster Managers without Borders (ADMWD), began on Friday in Jalingo.

She said that it was meant to enhance women’s involvement in peace building, and commended WHPF for funding the programme, and UN women for its technical support.

Abdullahi said 40 women and girls have been trained in Mubi North and Mubi South Local Government Areas of Adamawa.

“After this phase of the training, we have created a network known as the Women in Peace Network.

“We are going to support them to ensure they meet regularly to dialogue on how to promote peace in their communities.

“We will boost their capacity to be strong enough to even solicit funds from donor agencies to carry out more activities and enhance the bonding among them through interaction and social media engagement.

“The project life span is for one year and we intend to train 360 women and girls in Adamawa and Taraba.

“To strengthen peace in their communities, check gender-based violence, encourage them to participate in decision-making, settle disputes without going to court,” she said.

Mrs Kwadoo Asom, one of the  beneficiaries, said the knowledge acquired from the training has armed them with skills to identify early warning signs and mitigate conflicts.

“We are going to take the message to our communities to further enlighten them, especially on alternative dispute resolution mechanisms and how to ensure sustained peace and security in our various communities,” she said. (NAN)