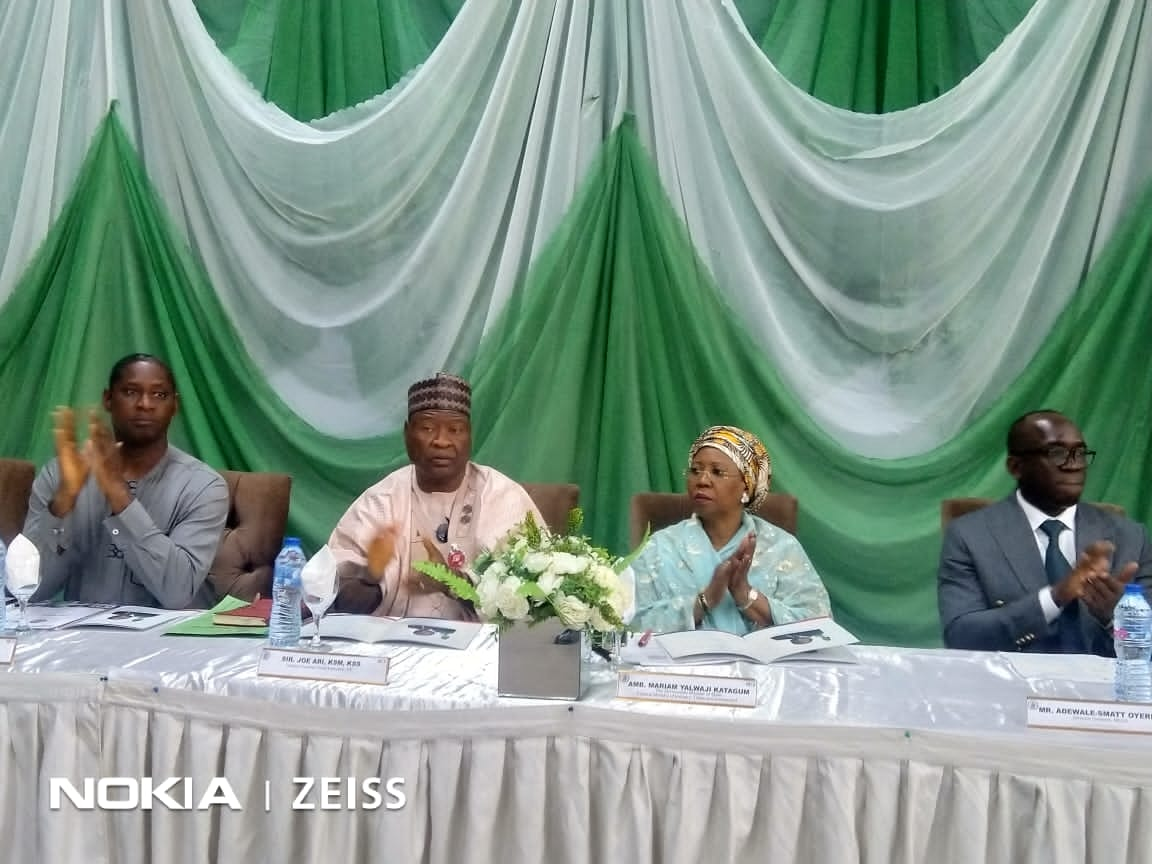 The forum, with the theme: “Apprenticeship and Traineeship: A Tool for Skills and a Knowledge Transfer for National Development” had stakeholders in attendance.

Ari said while some of the trainees secured high paying jobs, others leveraged on the knowledge gained from the training to set up their own businesses.

He said graduates that distinguished themselves in the course of the training were empowered with Business Start-up grants.

Ari said the project was part of efforts by the agencies to equip Nigerians with cutting-edge in-demand skills.

This according to him, acquiring such skills would help curb socio-economic challenges while driving overall growth and development.

The ITF boss said 89 participating organisations and 10 federal and state technical colleges from across Nigeria were part of the project.

“It is worthy to note that the TSDP has renovated training workshops for six technical colleges.

“It has also donated modern state-of-the-art equipment and tools to other participating organisations, thereby expanding their capacity to conduct skills training.

“Others were linked to employers of labour for direct employment and deployed International Labour Organisation (ILO) Start Your Business (SYB) Modules in training and entrepreneurship development,” he said.

On the stakeholders’ forum, the director-general said it was organised to review the TSD project and harness ideas for deepening the already beneficial impact of the Public-Private Partnership (PPP).

He reiterated the commitment of ITF in ensuring that Nigerians were equipped with requisite skills to drive the industrial change that the country required.

Ari called on well-meaning Nigerians and organisations to support the efforts of the Fund to address the challenges of poverty and unemployment.

He commended President Muhammadu Buhari’s administration for evolving measures to tackle the problem of unemployment.

The ITF boss said through special intervention programmes and other initiatives by government agencies, government had worked to significantly curb the various challenges.

“Without the committed efforts of the administration, the poverty and unemployment situation we are witnessing today could have been worse.

“The onus, therefore, rests on us as Nigerians to join government as individuals and institutions to effectively deal with these problems as the ITF and NECA are doing through TSDP, “he said.

He urged outstanding graduates who were given awards at the forum to sustain the spirit.

He said the situation was so dire that Nigeria could not afford to stay aloof when countries across the globe were putting up measures to tackle the problem.

While making reference to the International Labour Organisation (ILO), the director-general said 2022 global unemployment rate had been projected at 207 million, surpassing 2019 figure by 21million.

“With a population of about 218 million people, our country has a significant potential and a critical role to play in economic revival of the African continent.

“A cursory look at the Nigerian economy shows a Gross Domestic Product (GDP) of about 440.78 billion dollars as at 2021, according to the World Bank data.

“Meanwhile, the Nigeria GDP value represents 0.05 per cent of the world economy.

“”While the country witnessed a steady decrease in poverty since 1995, the poverty ratio has, however, increased.

“This is compounded by high unemployment rate, myriads of socio-economic contradictions and challenges fostered on us by global economic shocks,” he said.

He further said “nations around the world had over time made significant gains in reducing poverty.

“However, the COVID-19 pandemic reversed many of those important gains and now inflation and other factors are causing nations to redouble efforts to combat poverty and unemployment.”

According to him, development is not only connected to national aggregate economic performance but each citizen’s success.

Oyerinde said the concept of traineeship and apprenticeship had been proven to be veritable tools for national development.

He said apprenticeship was a combination of on-the-job training and related technical instruction where workers learnt the practical and theoretical aspects of skilled craft or trade.

While commending relevant stakeholders for their collaboration, Oyerinde called for more collaboration to deepen the practice of apprenticeship and traineeship in Nigeria.

Other intervention programmes according to her are, Government Enterprise and Empowerment Programme (GEEP), Job creation and Youth Employment (N-Power), National Social Safety Net Programme among others.

She said nations that had confronted and still battling poverty, soaring unemployment and related challenges, did so through greater commitment to skills acquisition.

The minister said Nigeria must do same, adding that it had one of the fastest-growing populations in the world.

“It is with this realisation that the Federal Government initiated measures to encourage agencies vested with the mandate of equipping Nigerians with employable skills, to escalate skills acquisition.

While commending ITF and NECA for organising the forum,
Katagum assured of the ministry’s commitment to collaborating with them to ensure that workable resolutions were implemented for the good of Nigerians. (NAN)