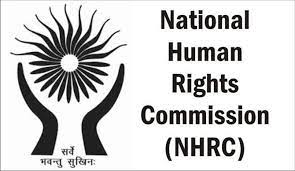 NATIONAL Human Rights Commission (NHRC) says most disputes across Nigeria gradually snowball into armed conflicts and human rights violations due to the absence of peaceful, justice, and equitable resolution in the early stages.

The Executive Secretary of the Commission, Chief Tony Ojukwu, SAN, made this known in commemoration of the 2022 International Peace Day, observed Sept. 21.

Ojukwu advised stakeholders and Non-Nigerians to observe early warning signals and to always adopt a peaceful approach to issues rather than engaging in conflict with disagreeing parties.

“Such conflicts and consequent insecurity, generate unfavorable development climate as well as drain resources for any meaningful development in the country” he added.

The day is also an opportunity to take stock and support peace efforts so as to minimize conflicts which remain a huge challenge to human rights protection all over the world and NIgeria in particular.

” Disputes and injustices across the country is gradually snowballing into armed conflicts and human rights violations because there was absence of peaceful and genuine efforts at just and equitable resolution at the early stages.

”Such conflicts and consequent insecurity, generate unfavorable development climate as well as drain resources for any meaningful development in the country” he added.

Ojukwu said the commission has continually embarked on monitoring of human rights and humanitarian situations of the Internally Displaced Persons , with a view to addressing such critical concerns usually occasioned by violent conflicts and extremism.

He therefore called for peaceful human rights based approach to internal security management in order to restore peace in the affected parts of the country.

” In line with the above strategy, the NHRC is collaborating with Borno, Adamawa and Yobe state governments supported by the European Union and UNDP on a Reconciliation, Reintegration and Transitional Justice project to address large scale atrocities and human rights violations suffered by communities and victims of insurgency in the area.

” We call on those who indulge in acts, activities and statements that disparage or dehumanize other persons to desist from such” he said.

He added that hate statements, discriminatory practices such as tribalism, nepotism, chauvinism, preferentialism and ethnicity all fan the embers of hatred and conflicts in the country.

These he said should be discouraged by all well meaning Individuals for peace to reign.

The theme of this year’s day is “End Racism: Build Peace”. (NAN)