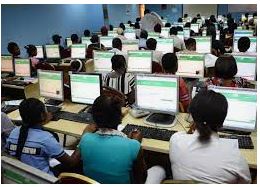 THE Delta  Government  has appealed to the Joint Admissions and Matriculation Board (JAMB) to accredit some Computer Base Test (CBT) centres in the state for the 2023 JAMB examination.

Mr Augustine Oghoro, Permanent Secretary, Ministry of Basic and Secondary Education made the appeal on Saturday after a meeting with the State Coordinator of JAMB, Linda Ajanwachuku and the affected CBT owners.

Oghoro noted that some of the CBT centers affected could not receive accreditation  for one reason or the other when the board visited the centres.

According to him, the state government is intervening in the issue to enable candidates  have adequate centres to seat for the examination.

“Our attention was drawn at a stakeholders meeting with JAMB in Abuja that some CBT centres in Delta were not approved as a result of their inability to meet certain requirements as at the time of the board’s visit to the centres.

“The interest of every child intending to write the examination is paramount to the state and it’s on that premise that the ministry is appealing to JAMB to give the CBT centre owners a second chance by revisiting their accreditation,” he said.

Linda Ajanwachuku, the State Coordinator of JAMB, noted that  the state worried by the development held a meeting with JAMB and the affected CBT owners to ascertain if they had effected all the observations of JAMB so that JAMB could revisit their centres.

Mr Emmanuel Okonta, the State JAMB ICT Advisor, noted that all the centres in the state including the affected CBT centres have the capacity to conduct the examination.

He gave assurance that JAMB would approve the centres now that its  observations  had been corrected.(NAN)