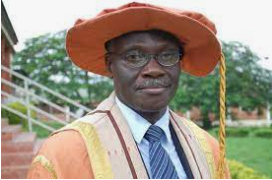 The strike entered its 141st day on Tuesday.

Speaking with the News Agency of Nigeria (NAN) at Ota, Prof. Ojediran described the strike as one too many.

He noted that the country should not keep students at home indefinitely as the strike would have been averted if government had taken action when ASUU gave notice of a warning strike.

“Academy is going down the drain as structures, classrooms and laboratories in most of the public universities are dilapidating.

“Government needs to look at what Nigeria is doing wrongly as a nation,’’ he added.

Ojediran noted that Nigerian children now go to Malaysia and other Asian countries to study because those countries focused more on quality education to grow their economies.

He also called on the Federal Government to provide an environment conducive to intellectual development by providing critical infrastructure in public universities.

The vice-chancellor expressed worries that Nigerians were shunning careers in academia because of decaying infrastructure and poor remuneration for lecturers.

The union had earlier declared that it preferred UTAS, developed by the universities themselves to the Integrated Payroll and Personnel Information System of payment for Federal Government workers.

The strike was also to demand for the payment of promotion arrears, and the renegotiation of agreements reached between the union and government in 2009.

Three weeks before Feb. 14, ASUU issued an ultimatum to the Nigerian government nudging it to address all pending issues to avert another round of strike. (NAN)